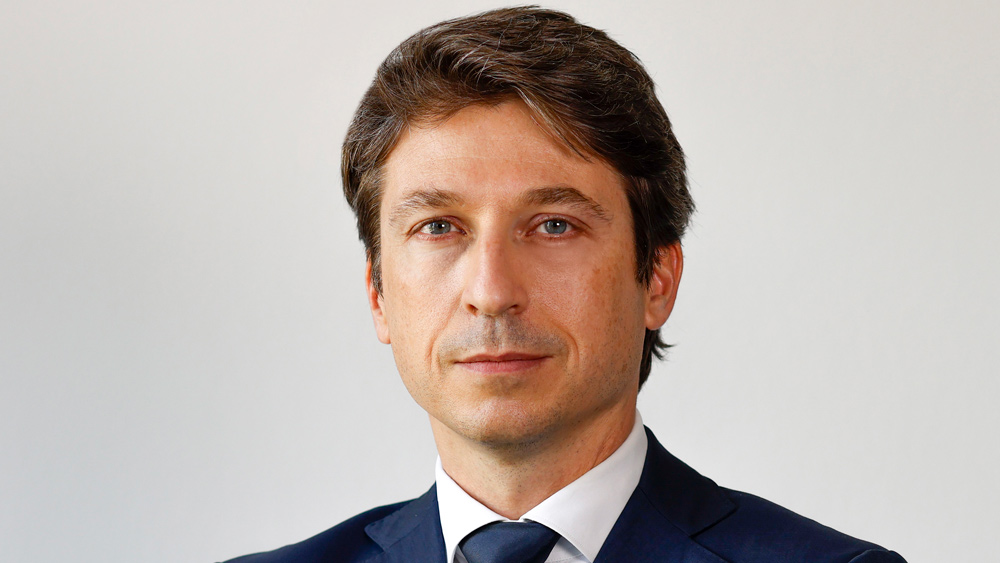 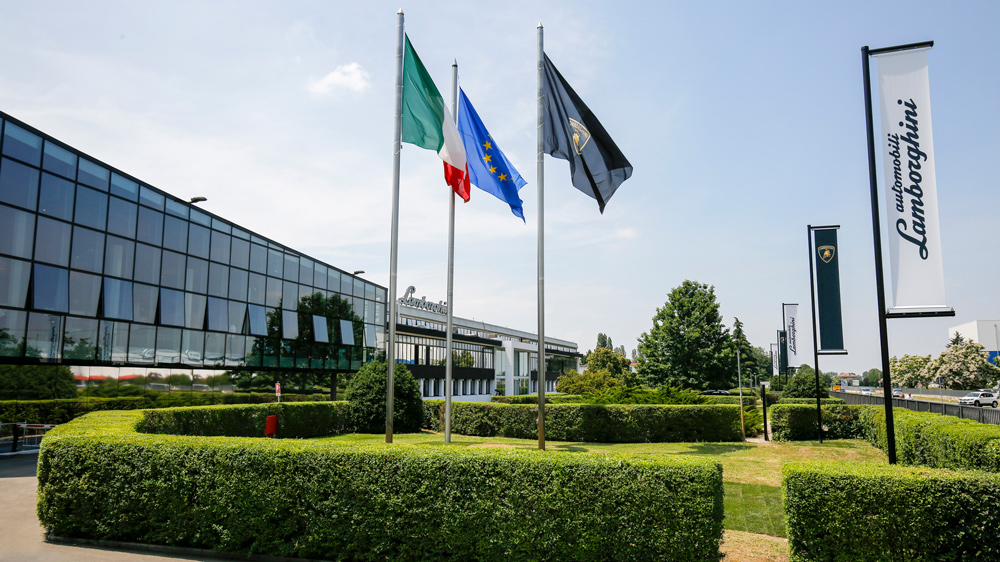 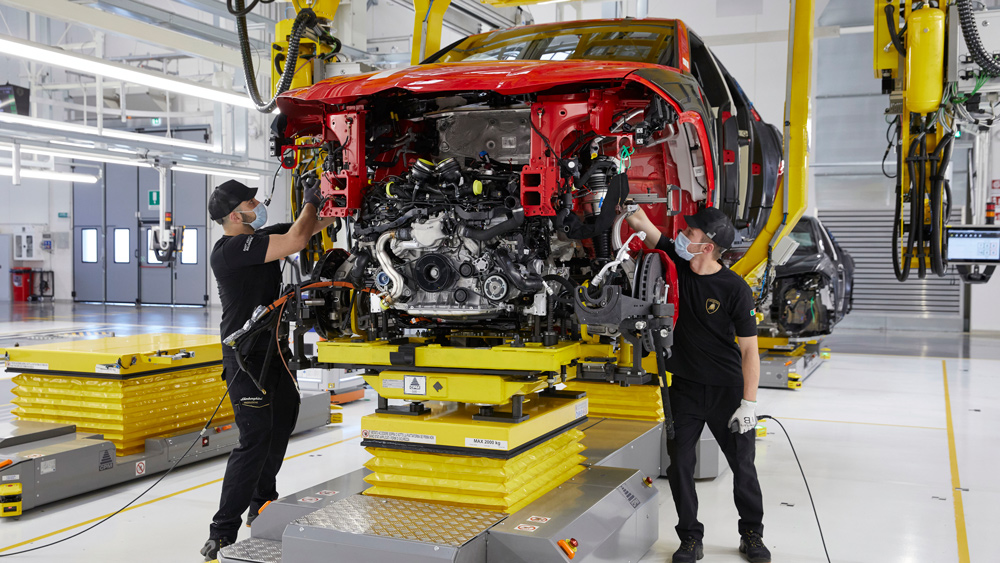 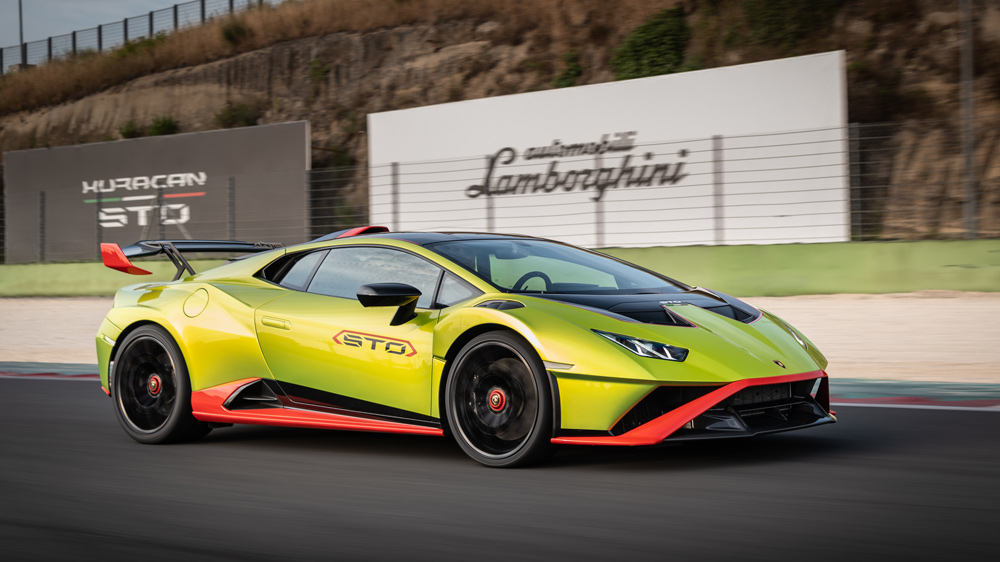 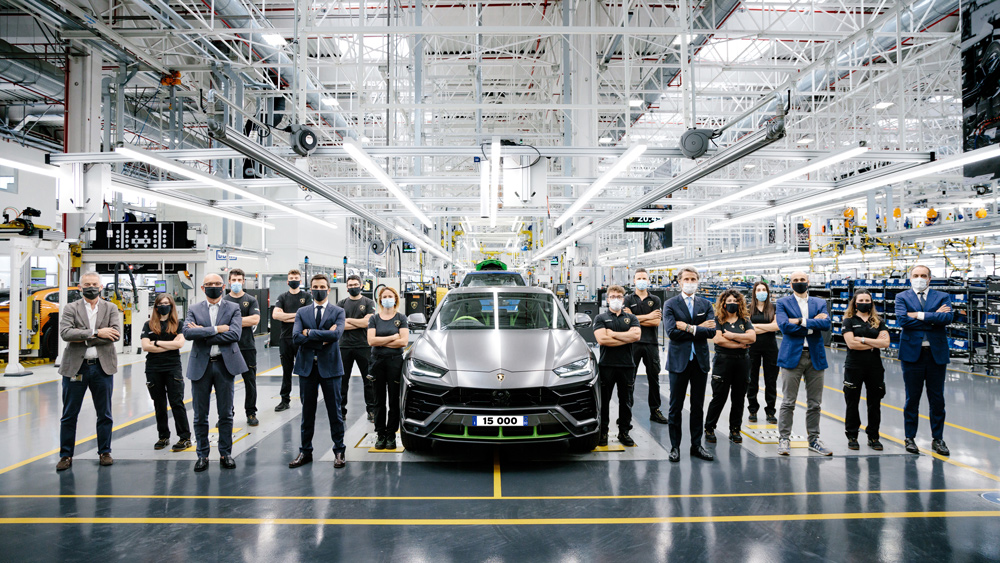 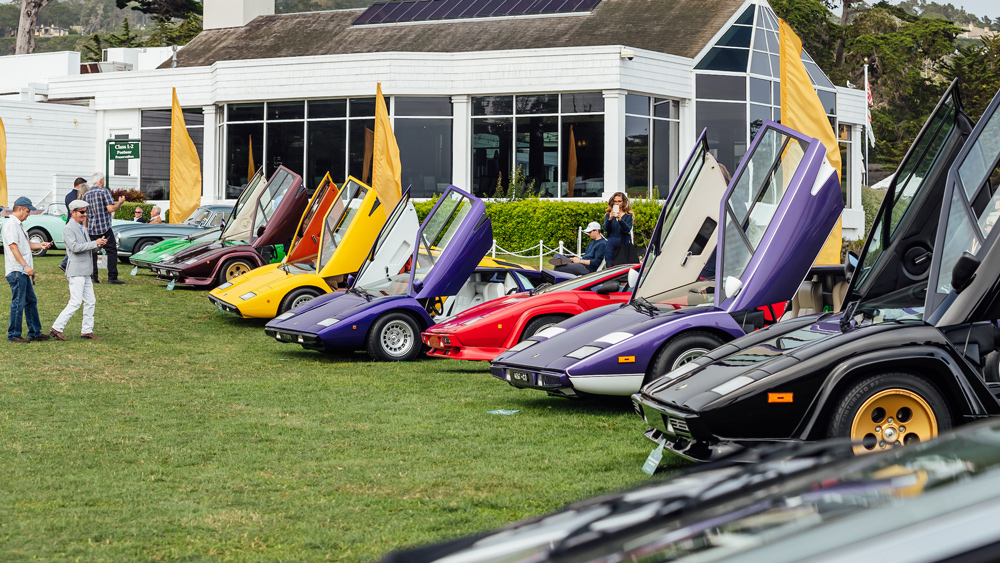 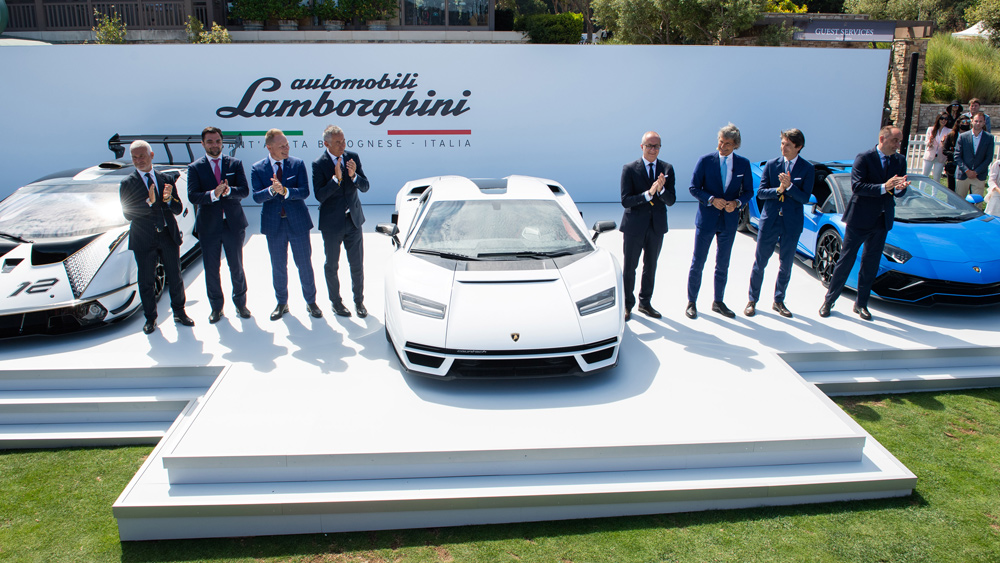 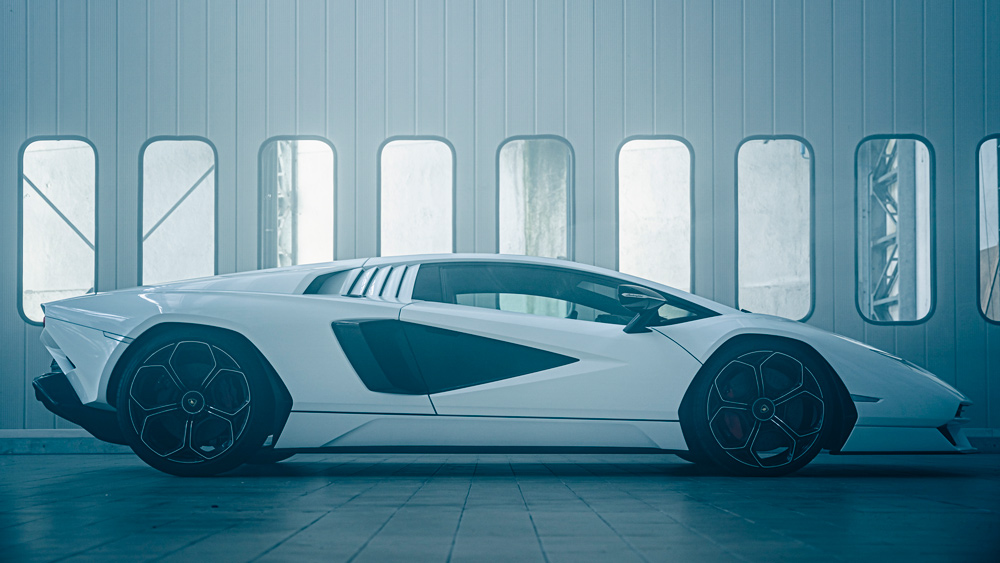 Several hours after the new Lamborghini Countach’s world premiere during last month’s Monterey Car Week, Stephan Winkelmann, the Italian automaker’s president and CEO, stood on a deck bordering Pebble Beach’s 18th fairway, flanked by two members of his team. In front of a small gathering of clients and guests, Winkelmann introduced the pair of executives, Alessandro Farmeschi and Andrea Baldi, and announced a changing of the guard for Lamborghini America.

After seven highly successful years at the reigns, Farmeschi is returning to Sant’Agata Bolognese to take on further responsibilities within the Raging Bull organization, while 45-year-old Baldi takes over as CEO of the Americas. After giving Baldi a few weeks to settle in, Robb Report was granted one of the first interviews with the exec, wherein we discussed his career trajectory, what excites him most about the new assignment and why the latest model gets his emotions going.

What was the career path that prepared you to be CEO of Lamborghini America?

I grew up in Bologna in what we call the Motor Valley district. Within a small circle of 30 kilometers, there are the headquarters of several brands that are well known around the world, including Ducati and Lamborghini, which are the two companies I’ve been working for.

After I graduated from the University of Bologna, I began my career with Ducati, and that gave me the opportunity to travel around the world and spend some time in the United States, first in New York and then in Cupertino. In 2008, I had the chance to move with my family to Shanghai, where I was responsible for sales in the Asia Pacific market. It was a big challenge for Ducati because motorcycles in China were not exactly popular at the time, as they were not viewed as consistent with a responsible lifestyle and were seen as very dangerous. We had to change a bit of the perception, but I must say that was a great experience.

It was there that I first met with Lamborghini, joining it in 2010 and moving to Singapore and then Beijing, where I became the general manager for mainland China and, soon, all of Asia Pacific. In 2018, I enriched my experience with a second region, Europe, Middle East and Africa. I was basically preparing for America, which I’m sure is going to be the most challenging.

Lamborghini has managed to thrive during the pandemic, both globally and in the United States. How did the brand achieve that success during such a time?

Covid caused an unprecedented disruption in production and deliveries, of course. But the reaction of the extreme, super sports car market, which is our niche, was almost immediately very strong. Just to give an idea, in the first six months of this year, Lamborghini delivered almost 5,000 cars globally, which is a 37 percent increase compared to last year. It’s also a growth compared to 2019, when we were a full year without Covid.

We weren’t passive; even when the restrictions affected almost all traditional operations, we executed access to digital launches, which were completely new to us. The best example is probably the [Huracán] STO launch we did last year, which saw huge customer engagement. And in the US, we also have some specific programs to make the experiences for our clientele more exclusive despite social restrictions. We implemented Esperienza Casa, which presents new product in the comfort and leisure of the customer’s own home, and also lets them test drive from there.

How important is the North American market to Lamborghini, and what are the key regions?

North America is the leading market, the biggest, and it accounts for approximately 30 percent of our global sales. The US leads that by far, selling 10 times that of Canada. The top regions for us are California, Florida and the Northeast tristate area. In any case, we will focus on expanding our network further in select markets throughout the United States and, I believe, we will also have opportunities to grow our dealer network in Latin America in the next few years.

One of your first Stateside appearances as CEO was at Monterey Car Week. How was that?

It was my first time attending Monterey Car Week, what we consider the most important event of the year for Automobili Lamborghini. For me, the highlight was the global launch of the new Countach because it was very special for us to be able to celebrate its 50th anniversary in such a spectacular location. And this year, the classic Countach, one of the most iconic models in Lamborghini’s 58-year history, had its own dedicated class at the Pebble Beach Concours d’Elegance.

What was your personal reaction seeing the new Countach for the first time? And what does the model represent to Lamborghini?

First, for Lamborghini, the Countach really made the company great. When we decided to make a 21st century version of what we consider the origin of Lamborghini’s design language, we decided that it was going to be a few-off project, very limited. A couple of months before Pebble Beach, we had previews for only a targeted group of collectors who we thought would understand exactly what they were buying and would value the great history of the car and protect it. We felt a responsibility to have the 112 cars in the right hands.

See also  The Romanovs Smuggled These Jewels Out of Russia During the Revolution. They Just Sold for $900,000.

During this process, we had several [private] unveilings. Every time, I felt a new emotion because I noticed a different aspect of its beauty. We were so proud when it was finally revealed to the public.

Andrea Baldi (right side, third from car) and members of the Lamborghini executive team reveal the new Countach at the Quail, a Motorsports Gathering last month.  Photo: Courtesy of Automobili Lamborghini S.p.A.

Has there been strong response to the Countach LPI 800-4 within the US collector market?

As I mentioned, North America represents 30 percent of sales so this percentage will be reflected in the allocation of the Countach. Basically, all the US customers bought the new Countach without even seeing it, because they couldn’t travel to Italy and we had only one. We have since received several new applications, which, of course, can only be considered for a waiting list in case of any cancellation—but that’s very unlikely to occur.

Only 112 examples of the Lamborghini Countach LPI 800-4 will be made.  Photo: Courtesy of Automobili Lamborghini S.p.A.

What are you most looking forward to with your new role at Lamborghini?

To be an ambassador of “Made in Italy” is a great responsibility, but also a great pleasure. I’m excited because I will be able to travel all over the United States and the Americas, which I don’t know that well. I’ve never been to Latin America, for example.

And particularly in my job, it’s a privilege to meet with some of the most successful people who share my passion for fast, extreme cars. This immediately creates a strong bond for me, so it’s a fantastic opportunity to represent a brand like this.

Learn more about Robb Report’s 2022 Car of the Year at the event taking place in Napa Valley here and in Boca Raton here.