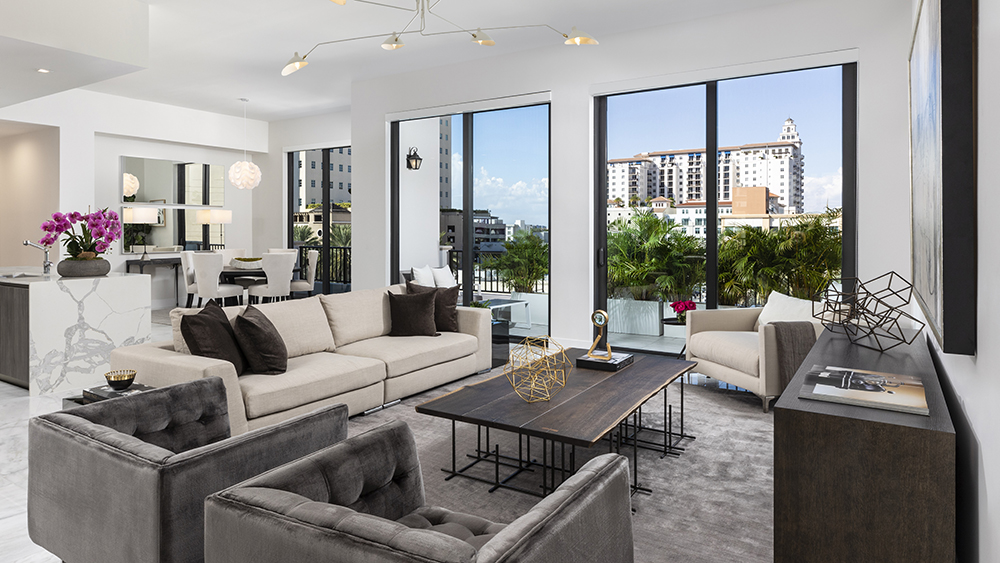 It’s not news that during the pandemic many urbanites moved out of Manhattan and other major cities, trading floor-through flats for country estates and suburbia. But as the lights in offices begin to turn on again, the old battle of convenience versus commute is being waged once more. And as international travel resumes, some executives prefer to stay in a space of their own, rather than in a hotel, perceiving it as safer. The solution? A pied-à-terre.

According to Centurion Real Estate Partners, some who migrated away from the city are realizing they want to be back in the action—or closer to work—but maybe not full time.

Literally translated as “foot on the ground,” a pied-à-terre is a centrally located apartment or condo that serves as a home away from home. The term evolved in the 1700s from the French phrase mettre pied à terre (“to dismount”), when members of the French cavalry alighted from their horses and rested in temporary abodes. With the increasing popularity of hybrid workplaces, this classic real-estate option is enjoying a resurgence in the 2020s.

In addition to a proximity to the C-suite and entertainment, an ideal pied-à-terre sits within a building that offers amenities such as housekeeping, laundry services, spa and fitness centers and a concierge, so the few days spent there each week or month are as seamless as possible. A hotel-branded residence could check all the boxes. Since the Waldorf Astoria New York announced the sale of its apartments within the Waldorf Towers just before the start of the pandemic, the property has received more than 8,000 inquiries from around the world. “One buyer from Australia purchased a residence sight unseen to use as a pied-à-terre for his travels,” says Dan Tubb, senior director of sales there. The new Waldorf residences provide the “ultimate ‘lock and leave’ purchase for a buyer,” he says, “with every hotel service they could imagine, as well as management services to take care of the residence when they’re away.”

According to April 2021 housing-market data from Redfin, urban condo sales were up nearly 30 percent, a bigger increase than any other home category. Miami, with its many condo towers, has felt the flush. South Florida’s real-estate market has been on a hot streak since the start of the year with buyers from around the US flocking to purchase their pied-à-terre in the Magic City, according to Eduardo Pruna, regional sales director at One Sotheby’s International Realty. “Unlike in years past, where waves of snowbirds have descended to Miami for the ‘season,’ ” he says, “the pandemic has spurred buyers to set up more permanent roots, either following the half-a-year-and-a-day rule to claim residency or making more frequent trips, including in the off-season.” Even smaller cities such as Charleston are seeing a jump in part-time condo deals. Between 2020 and 2021, the MLS shows that condo sales there rose 23 percent.

Globally, the demand for pieds-à-terre has risen to 19 percent in 2021 from 12 percent in 2020. “This is likely to reflect demand for larger, more spacious apartments in city centers to use as mid-week bases,” according to the Knight Frank’s 2021 Global Buyer Survey. In London, brokers are seeing a marked increase in overseas clients wanting to purchase. Camilla Dell, managing partner at Black Brick Property Solutions says, “With prices having fallen some 20 percent since the end of 2014, a weaker pound and record low interest rates, the timing for many international buyers is perfect.”