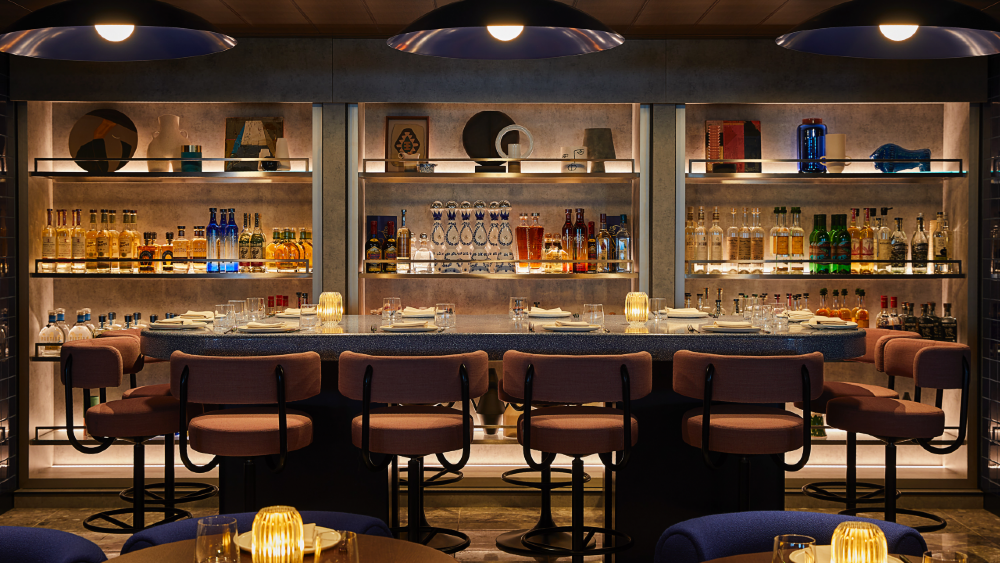 Virgin Voyages is adding some serious star power to its drinks list.

Sir Richard Branson’s cruise line just announced a partnership with Ryan Reynold’s Aviation Gin. Going forward, passengers on the company’s glamorous boats will be able to order the American-made gin by itself or as part of a cocktail at any one of its bars and restaurants.

In addition to eateries helmed by Michelin-starred chefs, lively entertainment options and a relaxing beach club, the adults-only Virgin Voyages ships also give passengers access to top-notch watering holes. Its first ship, the Scarlet Lady, has 12 bars on board, each of which has its own long and varied menu of classic cocktails and new concoctions dreamt up some of the world’s best bartenders, such as Charles Joly and Julia Momose.

Thanks to this partnership, when you now pre-purchase a Bar Tab before your next cruise—which currently includes an extra $50 on the house—you’ll have access to a slew of exclusive Aviation Gin-based cocktails, according to the cruise line. These include drinks like the Double Agent, Electric Fizz, Stella’s Groove and a modern twist on the French 75. And like every other drink you order on board a Virgin Voyages ship, it’ll be priced reasonably, despite the premium ingredients.

“My childhood dream was to have a guest role on The Love Boat alongside Vic Tayback,” Reynolds said in a statement announcing the partnership. “Never in my wildest dreams did I imagine I’d be successful enough to have my own gin brand score a recurring role on a ship this deliriously luxurious and child-free. Only Richard Branson could make this type of magic happen.”

The new deal actually marks an expansion of the partnership between Branson and Reynolds’s companies, as you can already order Aviation Gin while flying around the world on one of Virgin Atlantic’s fleet of jets.

Who knows, with the way things are going you may one day be able to order a G&T featuring the actor’s liquor while on one of Virgin Galactic’s space flights, too.