Earlier this summer, Nicole Richie and Joel Madden sold their 90210 home to music superstar Adele, Nicole’s close friend and the couple’s longtime next-door neighbor. But the Richie-Maddens aren’t straying far from their proverbial neck of the woods. Records reveal they’ve have splashed out $10.2 million to upgrade into a bigger, fancier house just up the hill, as it were.

The new house is actually only a five minutes’ drive away from the old house — and both are located high in the mountains above Beverly Hills, near the Coldwater Canyon section of town. While the former digs were in the exclusive Hidden Valley Estates enclave, the current place is tucked away within another guard-gated community known as The Summit, where other celebrity residents include Serena Williams, Hilary Duff, Pete Wentz and Sebastian Maniscalco. Britney Spears also owned a mansion within The Summit’s gates back in 2007, during the time of her infamous public breakdown.

Richie, 39, is the eldest child of Lionel Richie, who adopted her as a toddler. She rose to fame by appearing on “The Simple Life” with then-BFF Paris Hilton, and has continued to appear in various television projects ever since (“Fashion Star,” “Candidly Nicole,” “Great News”). She’s also recently expanded House of Harlow, her lifestyle brand that sells a line of jewelry, apparel and home goods products.

Madden, 42, is best known for cofounding pop punk band Good Charlotte, which came to prominence in the early 2000s with hits like “Lifestyles of the Rich and Famous,” “The Anthem” and “Girls & Boys.” He’s since appeared as a judge on “The Voice Australia” reality TV competition show.

The welcoming front exterior of the property.  Redfin

Originally built in 1987 and initially styled as a rather unattractive, quasi-French chateau, the house underwent a big remodel in 2019 by the talented folks at SIMO Design. Husband-and-wife duo Sam Gnatovich and Alexi Rennalls—SIMO’s founders—subsequently used the 6,100-square-foot house as their personal residence.

Last year, the property was photographed and featured in Architectural Digest.

Gnatovich and Rennalls, who’ve previously designed a stunning 90210 mansion for music executive Aaron Bay-Schuck and a house for actor Jon Hamm, drew inspiration for their latest project from “the Chanel store in Paris and ancient stone [Parisian] buildings” to “honor the push and pull of old and new.”

Indeed, the Richie-Madden home’s interiors are a mix of old-world details and contemporary trimmings, with intricate millwork, wide-plank hardwood floors and book-matched, decidedly graphic slab of Carrara marble throughout.

In the dining room, the off-white wall paint contrasts neatly with the dark floorboards. The library sports a fireplace with a veiny black marble mantle, and there’s a daybed for photogenic lounging about. The kitchen features top-of-the-line appliances, naturally, and the striking marble countertops and backsplash take visual center stage. Open to the kitchen is a combo family room/casual dining area, which in turn opens to the backyard.

The hilltop lot spans about a third of an acre, with a swimming pool, outdoor fireplace and grassy lawn out back. Views take in both the San Fernando Valley skyline and the hills of Beverly, with the Pacific Ocean visible on a clear day. There’s also a picture-perfect alfresco dining patio shaded by four olive trees.

Glowing views of the landscape from the backyard.  Redfin

The entryway hosts a curved staircase. All of the home’s family bedrooms — all of them with ensuite baths — are located upstairs. There’s also a service wing on the main floor, ideal for a live-in staff member, with direct access to the three-car garage.

Upstairs, the master bedroom hosts a sitting area and cavernous fireplace, plus a private balcony with city lights views. A spa-style master bath is slathered in marble, and connects to private dressing room/closet.

Check out more photos of the home below:

The quaint outdoor dining area on the grounds.  Redfin

The distinct curved staircase in the home’s entrance.  Redfin

The luxe private dressing room with lots of space.  Redfin 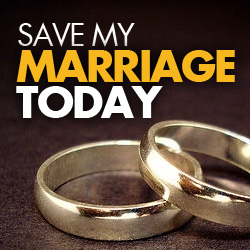