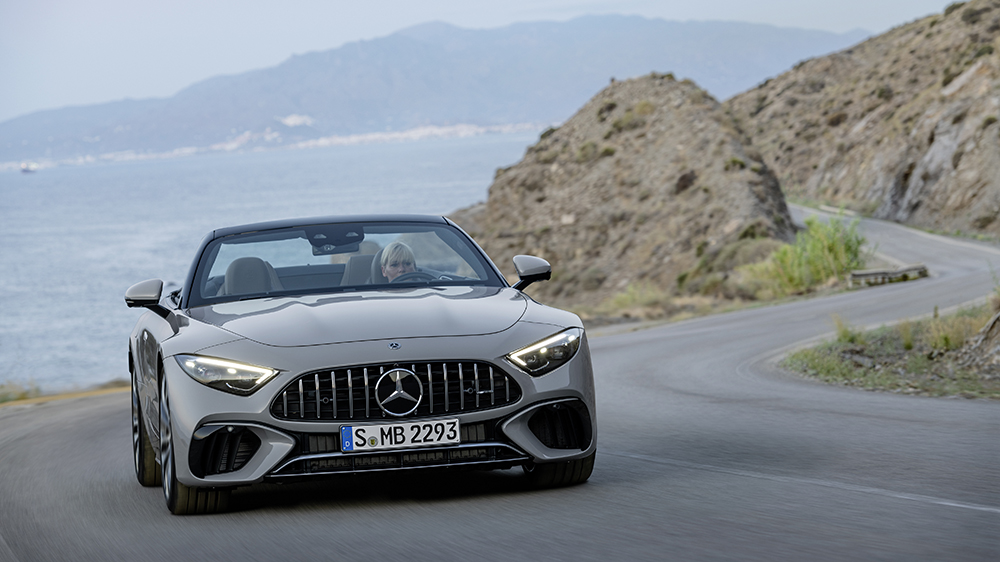 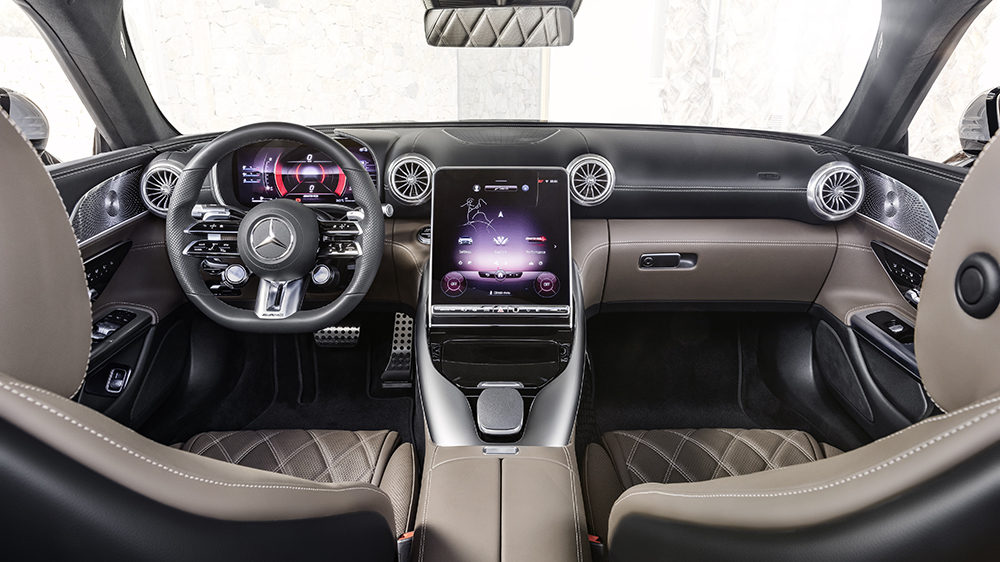 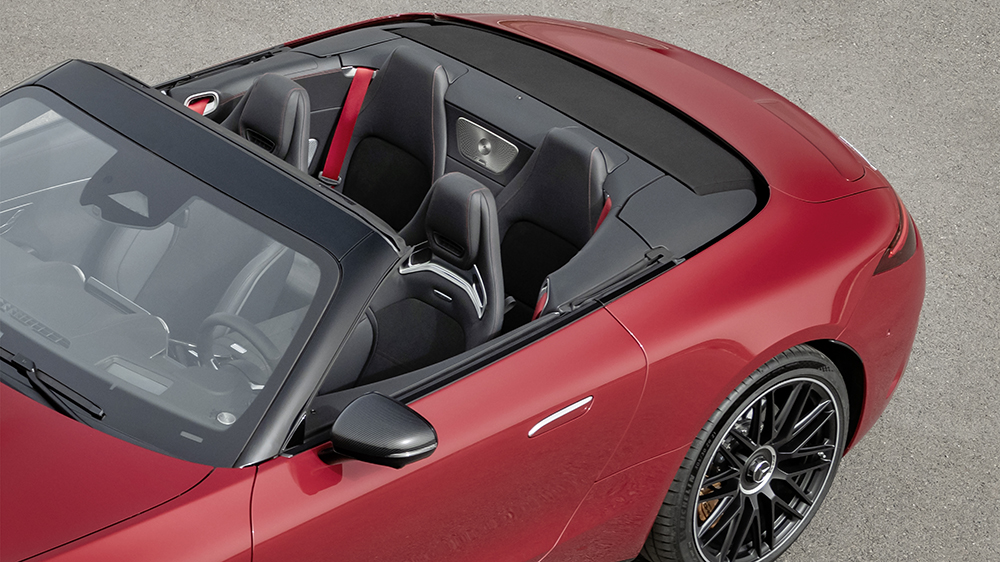 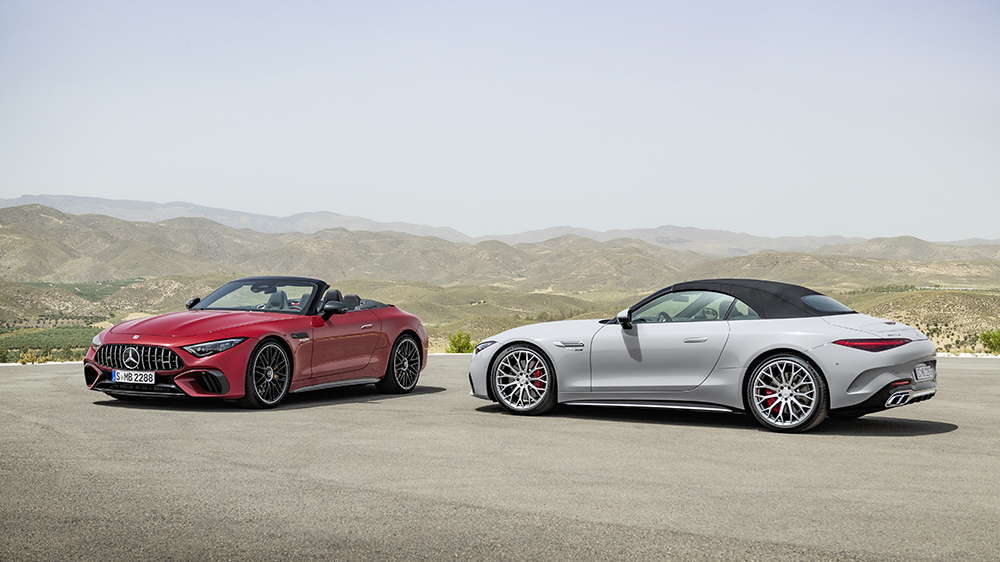 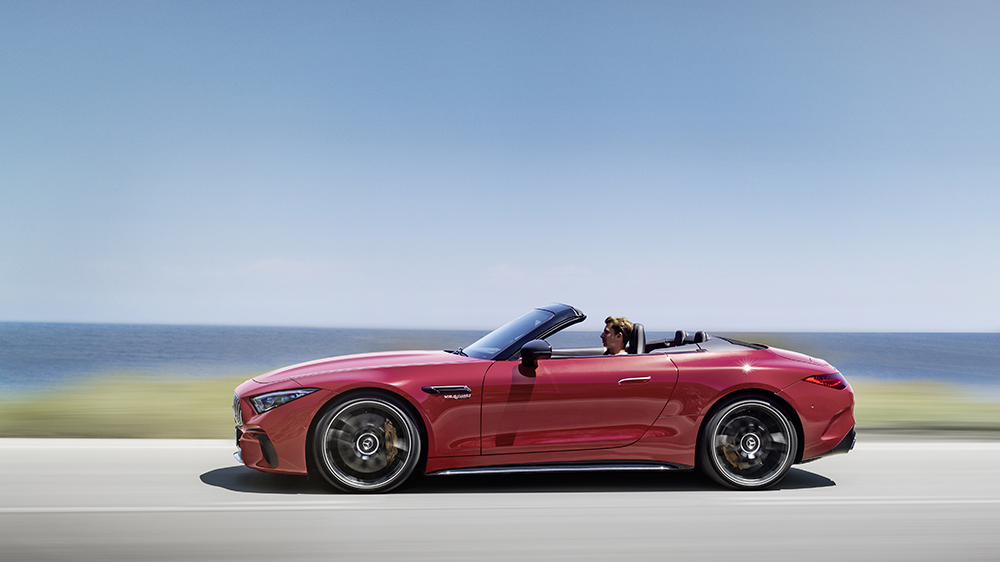 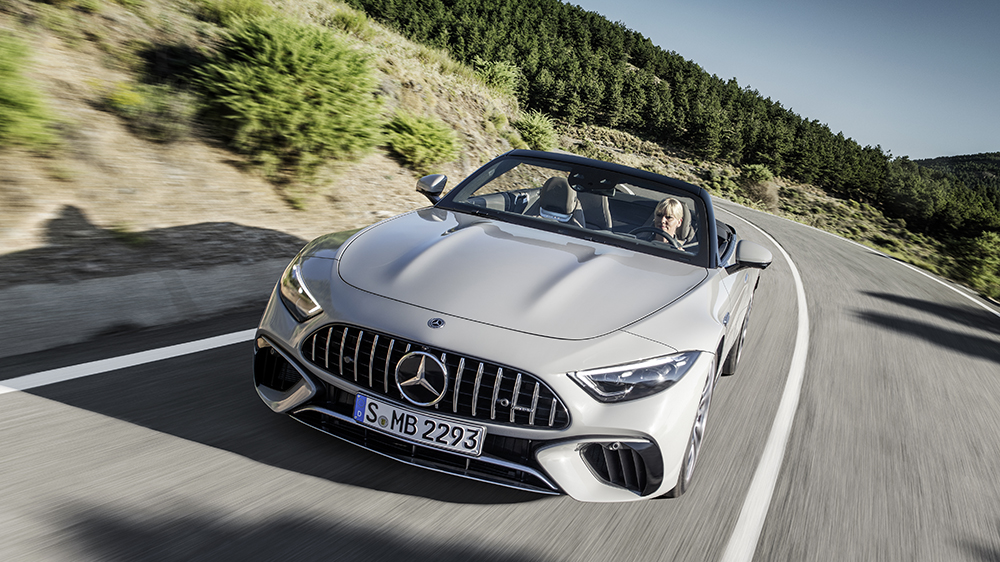 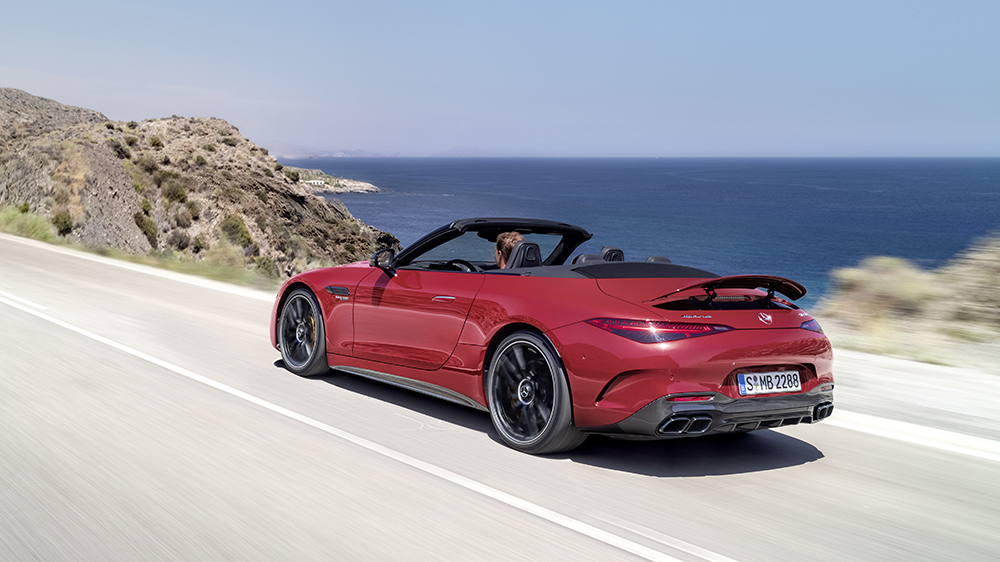 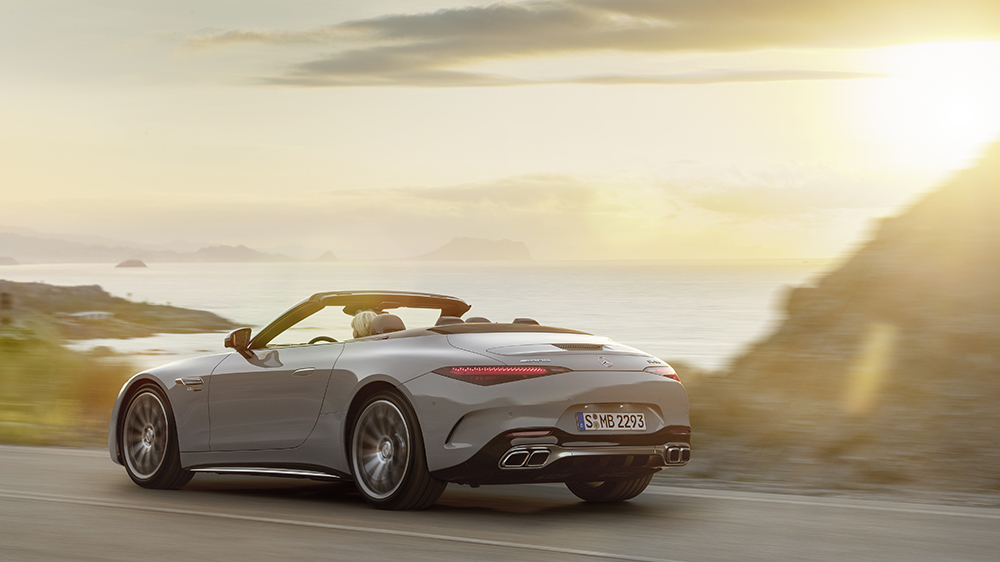 Nearly 70 years on, the Mercedes-Benz SL is still going strong.

The German marque unveiled the completely redesigned SL convertible on Thursday. There are lot of changes in store for the new R232 generation, the biggest of which may be the fact that this is the first version of the sports car to be exclusively released by the company’s high-performance AMG sub-brand.

The R232 is the seventh iteration of the SL since it made its debut as a race car-inspired coupe in 1952. Like the current crop of Mercedes vehicles, the new SL has a decidedly more elegant look than its predecessor, the R231, which was released all the way back in 2010. It’s a change the marque clearly hopes will help the model regain the popularity of its 1990s heyday.

Up front you’ll find Mercedes’s now-standard wide-mouth Panamericana vertical-bar grille which is winged by angular set of headlamps. The design has some bite even if the R231’s sharper angles have been jettisoned in favor of smooth lines and curves. Its retractable hard top has also been replaced by one made of three-layer fabric, that can lower or raise in 15 seconds at speeds up to 37 mph, according to the brand. The change helped the car shed 46 pounds and lowered its center of gravity. The convertible also has a more prominent rear, with an integrated active spoiler and new diffuser, should you forget its a performance vehicle. Optional chrome accent and black-out packages are available, as well as the Aerodynamic package for those who fancy and even sportier look.

See also  You Can Now Buy Your Own Model of Lewis Hamilton's Formula 1 Race Car for a Cool $35,000

Inside the car’s two doors, you’ll notice it’s undergone an equally thorough makeover. The new SL features a 2+2 layout for the first time since the R 129 generation in the late ‘80s, allowing for more space (the rear seats are still a bit cramped). Each of the four seats is available in single or two-tone nappa leather, nappa leather with diamond stitching or nappa leather with Dinamica Race microfibre accents. The headrests come equipped standard with Mercedes’s Airscarf heating system to keep you warm even when the top is down. AMG Sports and Performance Seats are also available as add-ons. Up front, you won’t find the EQS’s dashboard-spanning Hyperscreen, but there there is an aviation-style cockpit with a 12.3-inch digital gauge cluster and a tilting 11.9-inch infotainment touchscreen.

Inside the SL convertible  Mercedes-AMG

If you’re wondering why the SL is now being released as an AMG vehicle, just take a peek under the hood. The convertible will be available as two models, the SL 55 and SL 63. Both features a hand-built 4.0-liter biturbo V-8 mated to a nine-speed AMG Speedshift MTC automatic transmission with Race Start launch that sends power to all four wheels, a first for the convertible. On the SL 55, this setup is good for 469 hp and 516 ft lbs of torque, but, on the SL 63, it’s been specially tuned to pump out an even more robust 577 horse and 590 ft lbs of twist.

Despite its drop top, the SL is a sports car through and through. And sure enough, the R232 looks as if it will perform like one. The SL 55 takes advantage of its Race Start launch system to zoom from zero to 60 mph in 3.8 seconds and can reach a top speed of 183 mph. The SL 63, meanwhile, can achieve the same feat in 3.5 seconds and tops out at 195 mph.

Other noteworthy features include an electronically controlled slip differential and rear-wheel steering to improve traction and cornering. It’s also been equipped with an AMG Active Ride Control suspension with anti-roll stabilization for a smoother ride. Finally, the SL been fitted with high-performance ceramic composite brakes.

See also  You Have The Power To Determine Your Future

No release date has been announced yet, but considering the timing of the debut, we wouldn’t be surprised if the SL is part of AMG’s 2022 model year lineup. Pricing info is not available, either, but expect the SL 55 to start just under six figures and the SL 65 to exceed it by $10,000-$20,000.

Check out more photos of the first AMG-exclusive SL below: