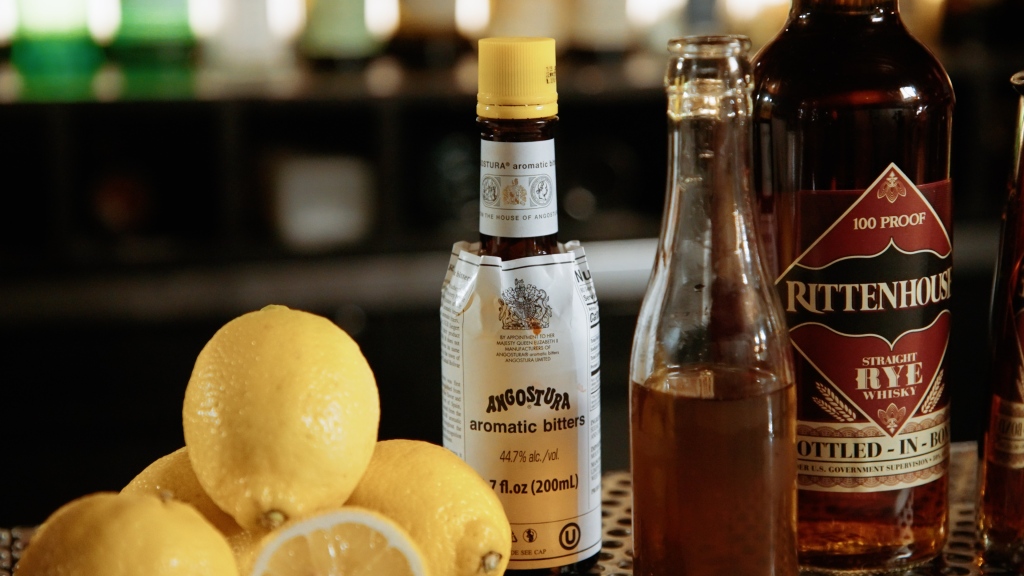 Let’s say there are two kinds of cocktails.

One kind tries to charm you with subtlety and nuance, each ingredient briefly highlighted on the palate before handing off to another, the whole experience elegant and refined as a jazz quartet. These can be great.

Anyone who works behind a cocktail bar will be frequently asked for the so-called Bartender’s Choice, an appeal to the bartender’s mental cocktail rolodex, the request to “make me something.” When the same person asks enough times, the bartender will occasionally want to get weird with it, to still aim for deliciousness but to do so in a way that’s new and maybe even a little crazy. That’s the kind of cocktail the Trinidad Sour is. It’s the punk rock kind, the “what the hell is happening in my mouth?” kind, the kind that turns the amp up to 11 and if the speakers blow, the speakers blow.

The Trinidad Sour was invented in 2008 by a bartender named Giuseppe Gonzalez, then working at the legendary Clover Club in Brooklyn. His genius idea was to take Angostura Bitters—something you can find in literally every decent bar on earth, deployed a couple dashes at a time in an Old Fashioned or Manhattan—and use them as a base of cocktail. On first blush, this seems insane… but is it? After all, they’re 44.7 percent alcohol. They taste powerfully of baking spices, but baking spices are delicious. They’re intensely bitter, sure, but not that much different from Campari or Fernet Branca or any of the other craft cocktail darlings. So he started with an ounce and a half of the bitters (much, one imagines, to the horror of anyone watching), paired the heavy cinnamon and clove notes with the almond florals of orgeat, brought in fresh lemon juice to balance the orgeat’s sweetness and added a bit of rye whiskey, just as a dry backbone.

Had this just been a bizarre little curiosity, it would’ve sold tepidly for a season, ordered as a dare by the more adventurous bar guests and then fizzled out. Perhaps others have tried Angostura Bitters-based cocktails and this was exactly their fate. The reason you’re reading now about the Trinidad Sour, the reason you can go into a cocktail bar in any major city in the world and order one, is that the Trinidad Sour is a phenomenal drink. It’s not just crazy (though it is crazy), but it’s bright and refreshing and vaguely tropical and drinking one, you get the sensation that presses against the physical limit of how flavorful a liquid can be. The peaks are higher than other drinks—the lemon more sour, the orgeat more sweet, the bitters more bitter. It’s bright as a firework and just as explosive. Like I said, the other kind.

Add all ingredients to a cocktail shaker and shake hard on ice for 10 to 12 seconds. Strain into a stemmed cocktail glass and garnish with a lemon peel.

Angostura Bitters: Angostura Bitters are the Xerox of bitters—they are just one of literally hundreds of brands of bitters, but if someone calls for “a dash of bitters,” they mean Angostura. They, like Campari or Cointreau, are one of the few indispensable ingredients behind the bar, with the mysterious ability to elevate whatever cocktail they happen to be found in. Which is all by way of saying you can use another brand of aromatic bitters if you have a mind to, but I would just stick to Angostura.

See also  Huset shows the bounty of the high Arctic.

Orgeat: Orgeat is an almond syrup, sweetened with sugar and made delicately floral by a couple dashes of orange flower water and/or rose water. You can make it a bunch of different ways, usually some variation of soaking toasted almonds in water overnight and then sweetening and flavoring the drained liquid, which is easy enough. You can also buy it, which is easier still—brands will vary somewhat wildly from nominally almond flavored (Giffard) to extremely almond flavored (Small Hands Foods, Liquid Alchemist). Really any of those three will work great, as would some others I’m sure, but my only strong advice here is don’t cheap out. Cocktails, as a rule, are only as good as their weakest ingredient, and you’re using a full ounce of this, so don’t get something cheap and bad.

Rye Whiskey: The rye is here to dry the cocktail out, so you don’t want something too soft. Any bottling that’s 100 proof or more will be great, like Rittenhouse, Pikesville or Old Overholt Bonded. If I had the world to choose from, I’d probably reach for the especially dry, grain-forward ryes that will really stick the finish, like the intense, almost chocolatey Old Potrero Straight Rye or the dusty-grain-silo vibes of Hudson Manhattan Rye. All of that being said, it’s just a half ounce and is there for structure as much as anything, so you don’t need to go buy a bottle just for this. Use whatever rye you have, or for that matter, bourbon, which won’t be as good but will work acceptably.

See also  Prota Fiori, The First Woman-Owned Sustainable Luxury Footwear Brand Made In Italy Is Now A Certified B Corp

Egg White: Some people take the “sour” in this cocktail’s name and treat it like a Whiskey Sour, which is to say, they add an egg white. This isn’t terrible, but I don’t recommend it. What the egg white will do is start to tame it—essentially shorten the peaks and lift the valleys—and make the overall experience smoother. The problem with that is that this cocktail is a firecracker. Do you want a smoother firecracker?