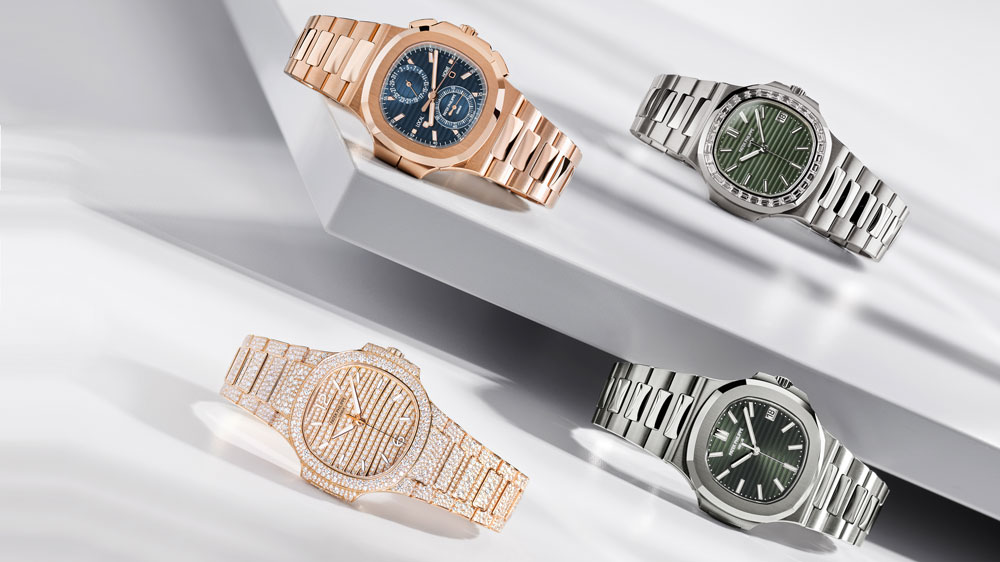 These days, there’s no point in asking whether a watch is intended for ladies or gents—the answer, whether the watchmaker likes it or not, is “yes.” Fashion and jewelry are having big unisex moments, with men rocking pearl necklaces, pussy-bow blouses and platform heels even as designers, from Louis Vuitton’s Nicolas Ghesquière to Maison Margiela’s John Galliano, are cutting strong, broad-shouldered suits for anyone, male or female, who wants to wear them. And now the watch industry is catching up to its peers—and its clients. Perhaps noticing, as we have, that chic women are sporting everything from a massive Rolex to an F. P. Journe Souverain while many stylish men are discovering a penchant for smaller cases or diamond accents, watchmakers have begun branding models unisex or are avoiding labeling them at all.

Interestingly, the same trend holds true for the most coveted and collectible vintage timepieces, though not because heritage brands were somehow unsung pioneers of gender fluidity—or at least, not purposefully. Classics become classics for a reason: because the design is as universally stylish as a fine cashmere sweater and can likewise be worn snug or oversized based on nothing more than personal preference. Today’s iconic models—Patek Philippe’s Nautilus, Audemars Piguet’s Royal Oak, Vacheron Constantin’s Historiques American 1921 and Cartier’s Tank, for example—are as distinct in mid-30 mm form as they are in the 40s, with diamonds or without. And while each started life as a men’s watch, when the manufacturers began creating versions for women, they did so simply by shrinking the size instead of introducing cliches such as pastels, florals or froufrou rococo dials.

Consider a modern, 35.2 mm Patek Philippe Nautilus Ref. 7118/1A, ostensibly for women. It isn’t far removed from its 40.5 mm moon-phase cousin, Ref. 5726/1A, and both look remarkably similar to the 42 mm original from 1976. Place any one of them on any wrist and it exudes the same good taste, but the specific message will vary slightly based on the size: A hefty watch on a woman, like an undersized watch on a man, has become a sign of quiet confidence.

But for a style to transcend gender, it seems clear it first needs to stand the test of time—bold designs especially. Watchmakers are forced to chase trends just like any fashion-conscious designer, though they’ll never admit to it, which means you need to take the chorus of “instant classic” and “modern icon” claims with a grain of salt. How will those models fare, for example, compared with Jaeger-LeCoultre’s Reverso, celebrating its 90th anniversary this year, which has changed very little in the past century? At its inception in the Roaring ’20s, the Reverso was a fancifully practical, face-flipping sports watch, but in today’s more dressed-down era, it’s considered an Art Deco–inflected dress model appropriate even for eveningwear. The style never really changed—society did. With that kind of staying power, what difference could a minor detail like gender make?

Of course, plenty of currently buzzy—and unisex—watch trends are about to appear tragically dated (looking at you, brightly colored ceramic cases) but there are a few new designs that have the potential to remain in demand for the long haul by buyers of both sexes: Bulgari’s Octo Finissimo, a large, ultralight and ultramodern beauty; Piaget’s razor-thin Altiplano, so slim it can fit in your wallet’s credit card holder; and the Hermès Arceau L’Heure de la Lune Moonphase, a wildly cool interpretation of a centuries-old complication. Retailers say these models are flying off shelves and into vaults belonging to people of every gender.

If nothing else, think of a model’s unisex potential as a bellwether of return on investment. A Cartier Crash, recently seen looking both surprisingly outre on rapper Kanye West and expectedly elegant on New York socialite and entrepreneur Lauren Santo Domingo, is a prime example: Last year, an 18-karat yellow-gold London version sold online at Sotheby’s for $225,000, well over double its top estimate of $90,000, and dealers say it’s nearly impossible to come by now.

The latest green-dial Nautilus, Ref. 5711/1A, released in April, is already selling on the secondary market for roughly $360,000—more than 10 times its original retail price of $34,893. It’s an unusual but important lesson for watchmakers with strong brand DNA: The best way to keep pace with today’s fast-morphing cultural landscape is to not change much at all.

Paige Reddinger is Robb Report’s watch and jewelry editor. She resides in Brooklyn and just purchased a new watch for her husband for their wedding, which she fully intends to wear.