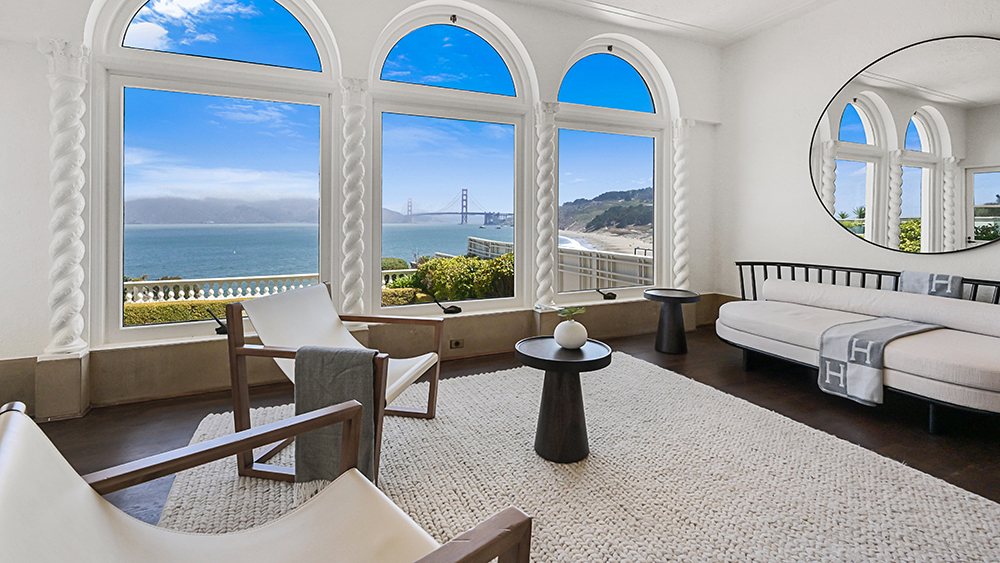 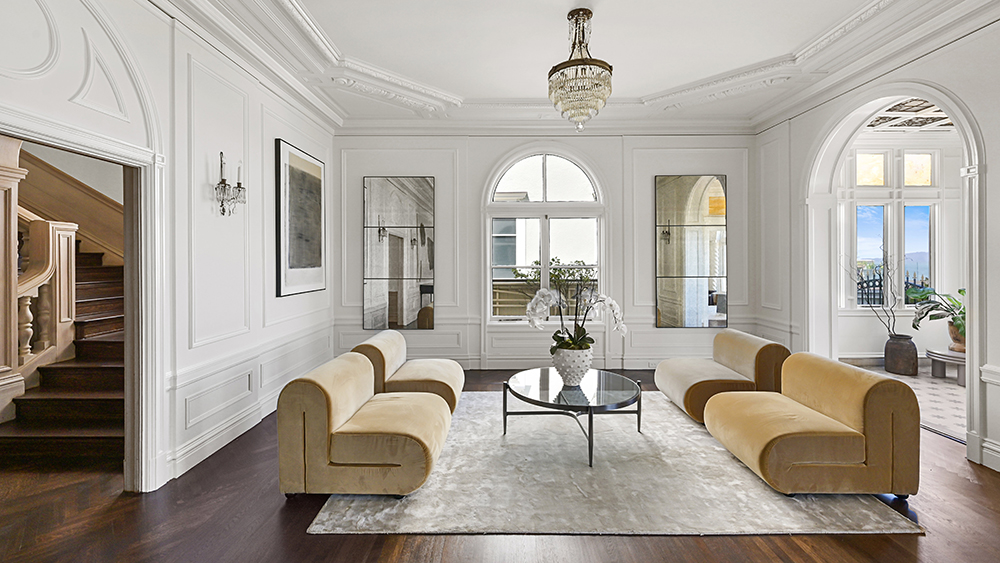 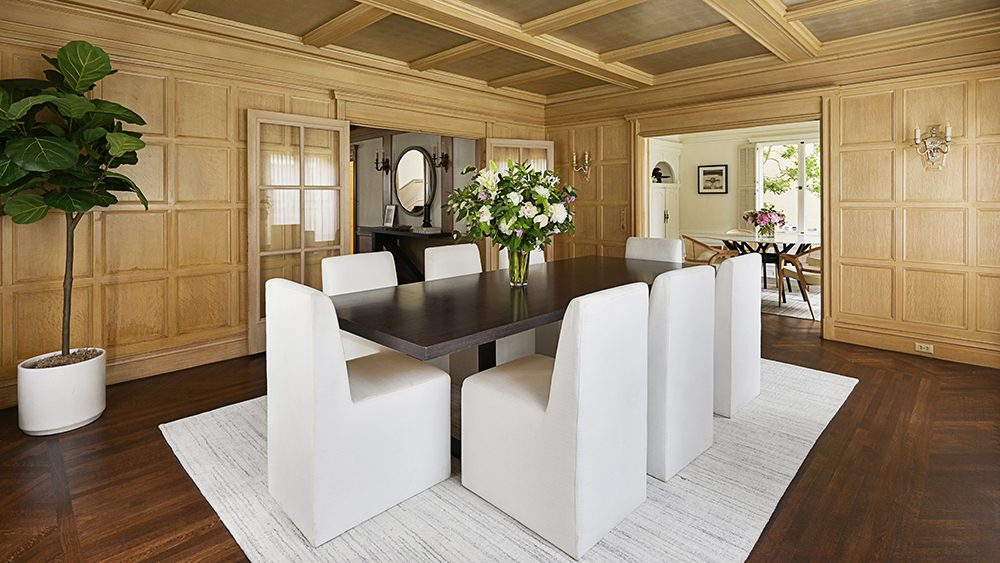 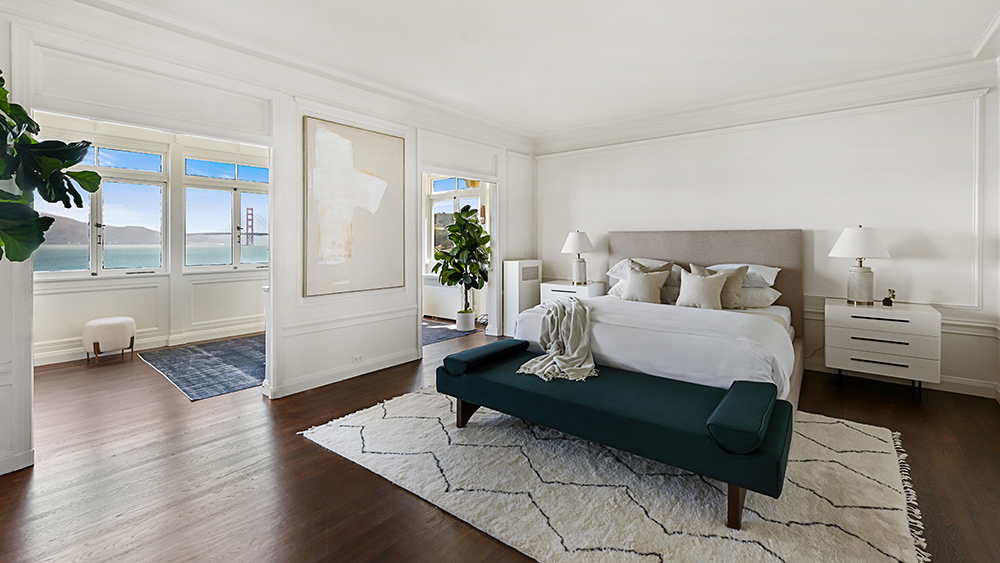 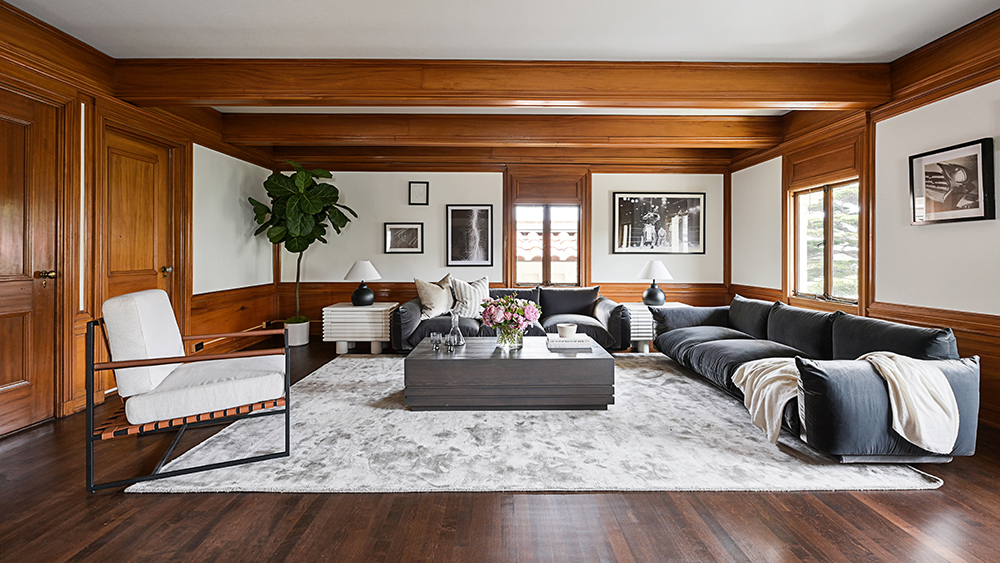 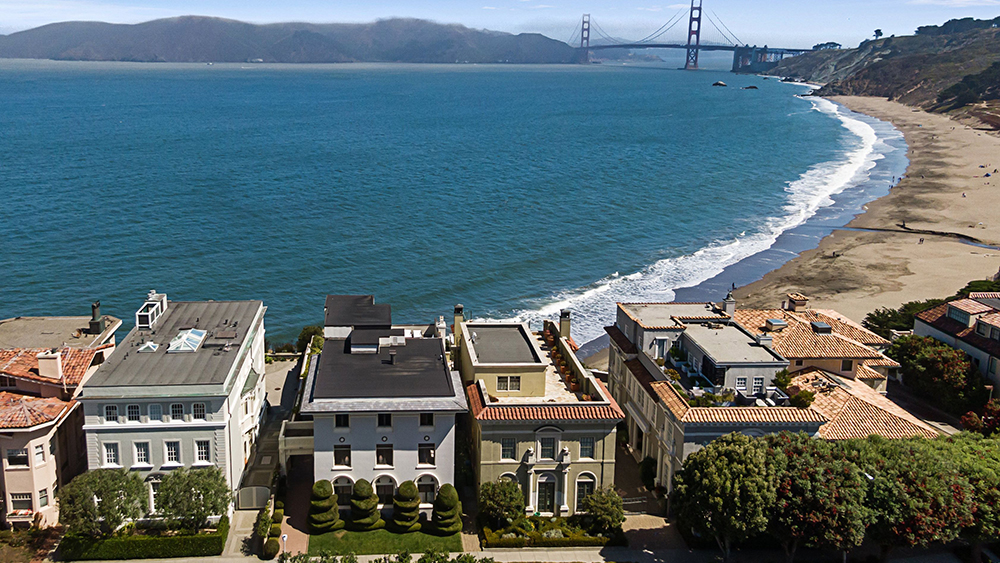 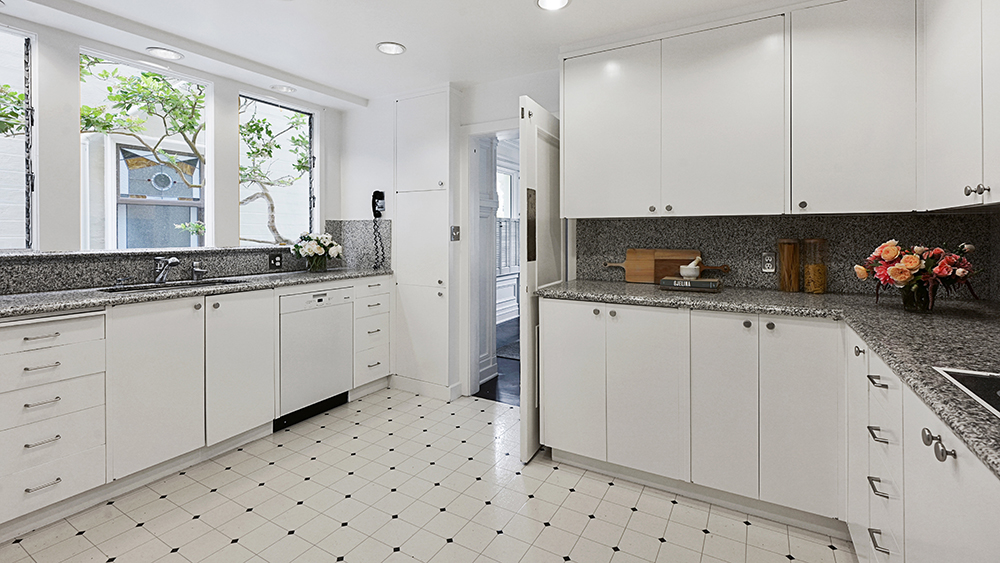 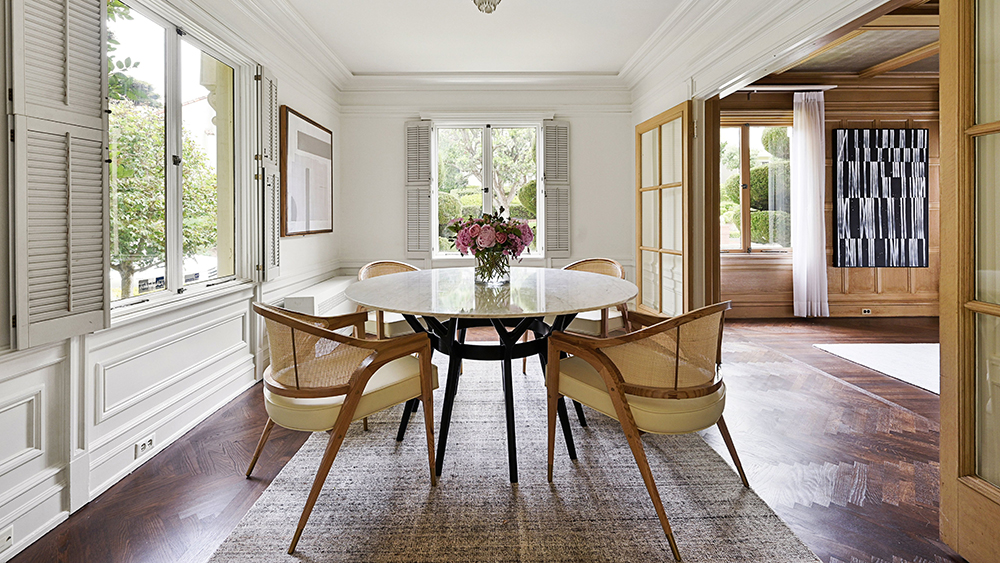 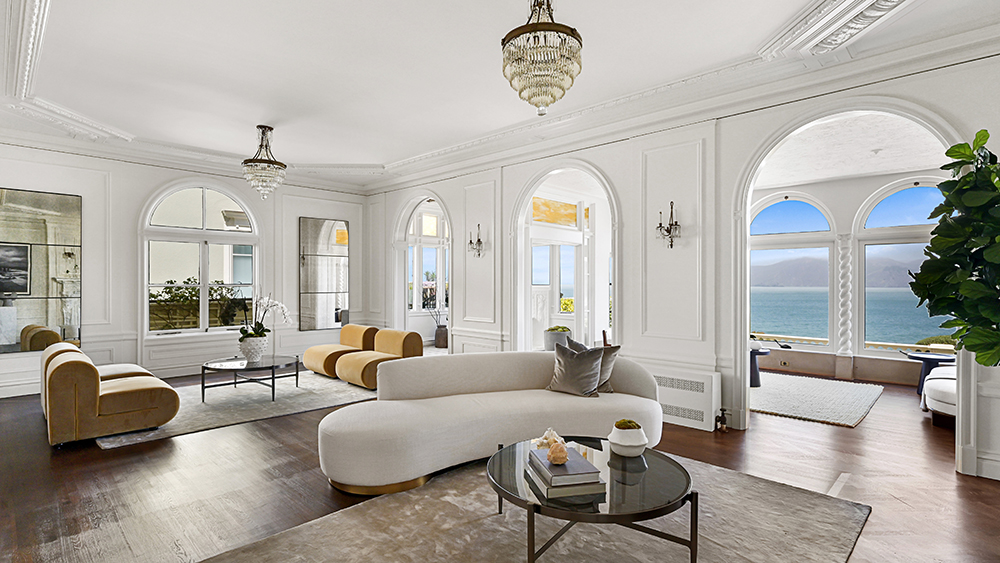 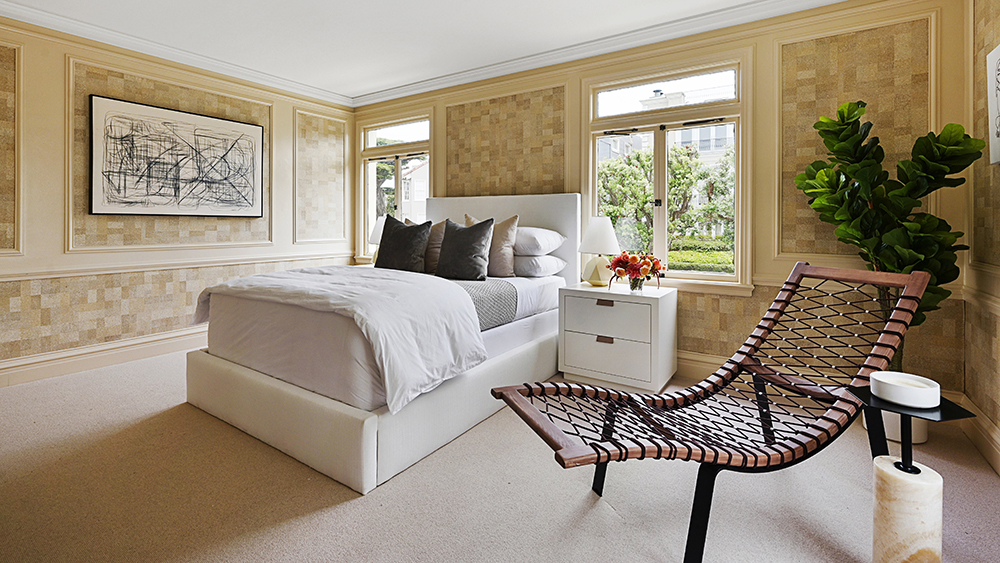 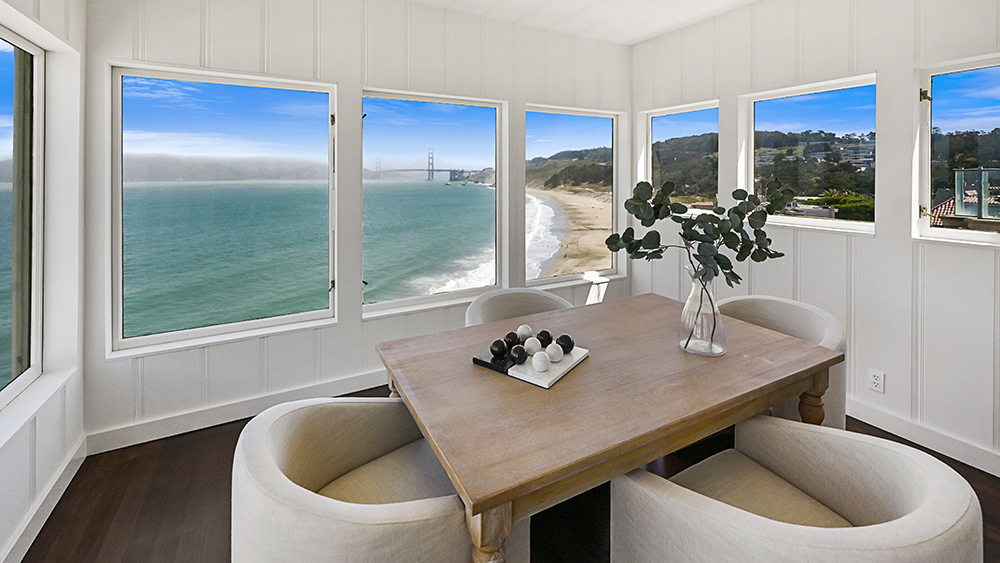 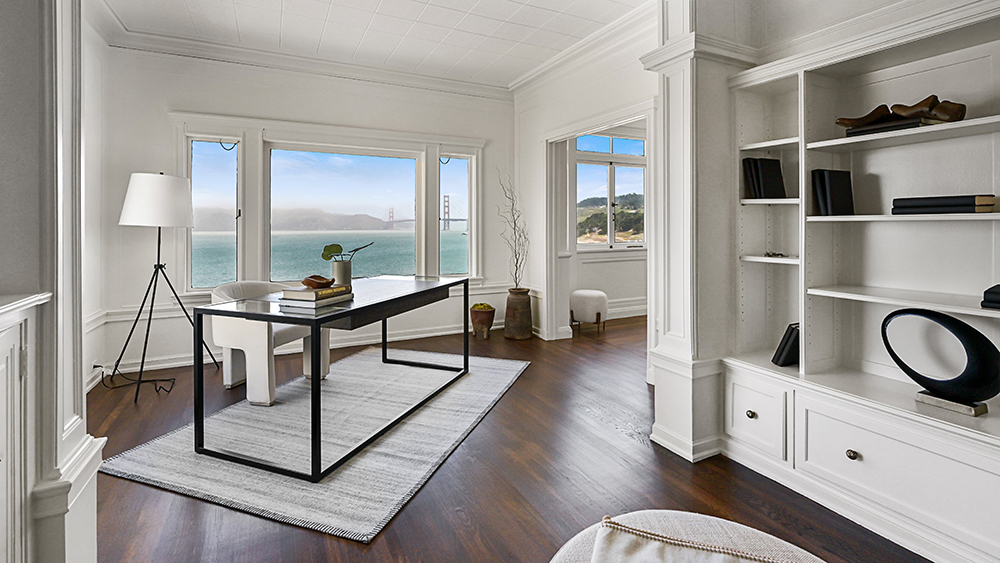 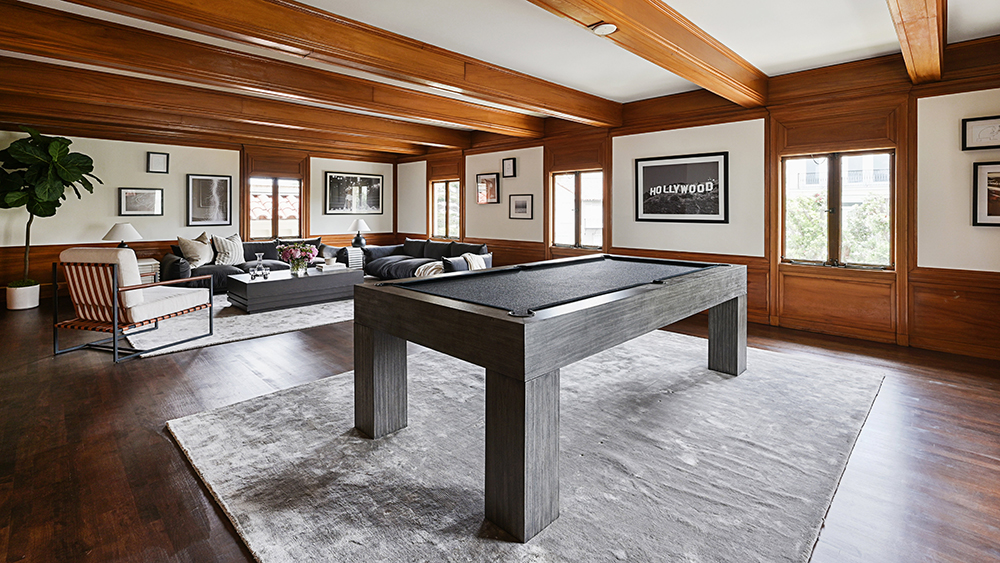 Take a seat in one of two cozy, glass-filled solariums, settle back and just gaze at what might be the best views of the iconic Golden Gate Bridge in the whole of San Francisco.

Perched on a cliff-top in the aptly-named Sea Cliff enclave on the city’s northwestern edge, this stately four-story mansion also offers unparalleled vistas from its rooftop deck, and from its tower-like concrete gazebo perched high on a rocky outcrop. Plus, it’s even got private steps leading down to the dog-walkers’ paradise that’s Baker Beach.

“The views are just phenomenal. From pretty much every room in the rear of the house, you are looking out at the Golden Gate, the Marin Headlands, Point Reyes and all the ships coming in and out of the Bay,” Steve Gothelf, listing broker with Sotheby’s International Realty, tells Robb Report.

Look out to the ocean and city from almost every part of the house.  Photo: Courtesy of Lunghi Media Group for Sotheby’s International Realty

Built back in 1915 on coveted Sea Cliff Avenue, the mansion was designed by San Francisco architect Leo J. Devlin, who lived in the house until his death in 1933. In the early 1970s, it was bought by prominent ophthalmologist Dr. Selby Mohr and his wife Marian. Following their deaths (Dr. Mohr in 2006, and Mrs. Mohr in 2018), the home was passed to their four children, who have now made the tough decision to sell, bringing an end to more than 50 years of family ownership.

“The Sea Cliff neighborhood in itself has immense appeal. It’s a favorite of tech industry leaders and well-known celebrities; the 1,500-acre Presidio park is just two blocks away; and the city’s downtown is an easy commute,” explains Gothelf, who shares the listing with his Sotheby’s colleague Neill Bassi.

After taking Lincoln Boulevard from the southern end of Highway 101 and the Golden Gate Bridge, then meandering through the Presidio towards Sea Cliff Avenue, you’ll quickly spot this imposing five-bedroom, 5,930-square-foot mansion thanks to the quirky quartet of topiary hedges in the front yard.

Pass through the porte cochere entry at the side of the house to take the driveway leading down to a large motor court at the rear. Garage doors open to two-car parking, but it’s here you’ll find arguably the home’s biggest potential bonus: a 1,370-square-foot unfinished subterranean level that Gothelf says is perfect for housing a screening room, gym and office. (Right now it’s home to a maze of storage spaces.)

Take the elevator up to the main first floor level to find the 31-by-18-foot living room with its adjoining sun room, a gorgeous wood-paneled dining room, a breakfast room and the kitchen. The second level features three bedrooms, plus an ocean-facing primary suite with another Golden Gate-view sitting room and adjoining den/study. Up on the third level sits the oversized family room and another ensuite bedroom, plus an ocean-view office with a door opening out onto that rooftop deck.

Sotheby’s Gothelf describes the home as having “vintage character,” meaning that it’s ripe for a rehab. “At this price point, any buyer coming in would inevitably do a complete renovation to their own style,” he notes. “We’ve had a lot of interest from young millennial families looking to make it their ‘forever’ home. This is a great family house, with close to 6,000 square-feet of space, in a wonderful part of San Francisco.”

Check out more photos of the home below:

One of the home’s many lookouts.  Photo: Courtesy of Lunghi Media Group for Sotheby’s International Realty