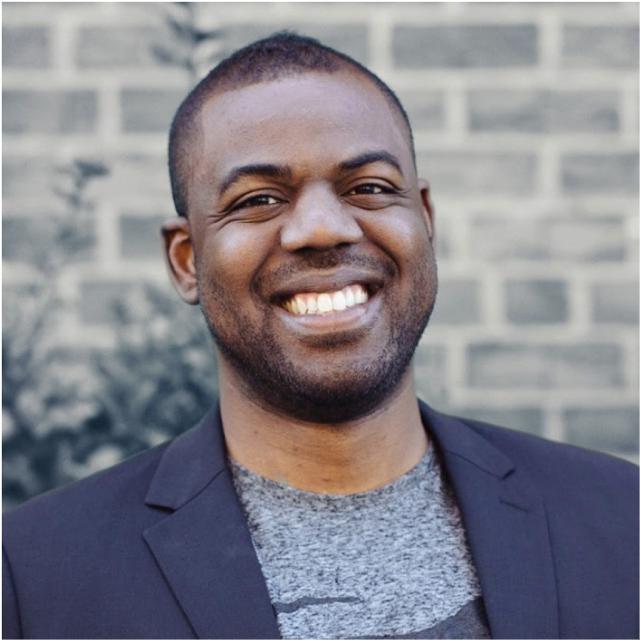 Donnel Baird created BlocPower to solve a huge problem that’s central to the global effort to address climate change. It is such a big problem that investors have poured over $100 million in debt and equity financing into the company to help him solve it. Nearly one-third of the carbon emissions generated in the United States comes from the energy required to heat buildings. Most of that energy comes from oil and gas which leads to the carbon emission problem. Donnel ultimately wondered, “what if we could change the source of energy? What if we could electrify buildings instead?”

Like many innovation stories, however, Donnel didn’t arrive at this specific problem overnight. In fact he was several years into building BlocPower before he realized that this was the exact issue to address. Every great story has a central conflict that the protagonist has to overcome. The bigger the conflict, the better the story. In Suzanne Collins’ best-selling book The Hunger Games, for example, the protagonist Katniss Everdeen must overcome impossible odds to win the games and survive. That’s the core story conflict. In the world of startup stories, the conflict in the story is the customer problem that the founder and their team choose to attack. The story of how Donnel arrived at the “electrification” problem is informative for any entrepreneur who struggles with the same challenge of finding the right problem to solve.

Donnel started BlocPower in 2014 with the general idea of “greening buildings” in cities and employing people from the neighborhood to do so. He grew up in Bed-Stuy in Brooklyn, the child of Guyanese immigrants, in an apartment with a heating system that didn’t function. He recalled that his family used to heat his apartment by turning on the oven and opening the oven door. Donnel pointed out that they had to open the apartment windows so they wouldn’t be killed by the carbon monoxide! At a city level, this was a terribly inefficient method to heat buildings; for the families themselves, it was terribly unhealthy. As an adult, Donnel joined the Obama campaign. While padding the streets in 20 degree weather in places like Cleveland and Bridgeport, he saw apartment buildings everywhere with the windows open. Not much had changed. Donnel realized there was real “energy neglect” or “energy poverty” in these communities, and he wanted to do something about it.

Donnel worked on this problem within the Obama administration, but without much success. Later, while pursuing an MBA at Columbia, he determined that he might be able to attract venture-backed capital to attack the problem at scale and build a business. His initial plan was to try to convert the primary source of energy in buildings from oil to gas. Gas was a fossil fuel, but it burned cleaner than oil. That was the initial problem he set out to solve. He attracted a team, built a business plan, found investors, signed utility partners and was ready to go.

About that time, he also met Eric and Wendy Schmidt who were interested in investing in initiatives addressing climate change. When he met the Schmidt’s, they were excited about his venture, but refused to invest in a solution that involved gas. Also at this time, Donnel and his wife had a child. With a child of his own, Donnel dug deeply into the climate science to make sure he was solving the right problem for the future of the planet. He realized that gas was just a bridge fuel as the Schmidts suggested. The real goal was to evolve to clean electricity that was generated by renewable sources like solar, wind and water power. He realized that he had to rewrite his innovation story with a different conflict. Rather than solving the problem of simply moving away from oil, he decided to attack the challenge of finding a way to electrify buildings instead.

A new technology called an air source heat pump was being refined at the time. The manufacturers Mitsubishi and Daikin found ways to convert cold air to hot air even in frigid conditions. This updated technology, powered by electricity, would be an instrumental part of the BlocPower solution, which included the hardware, software and installation/service to make it seamless for building owners. The installers would be hired from the neighborhood. It was February of 2018 and BlocPower had a new story. Now it was time to get colleagues, partners and investors on board. It wasn’t easy. His business partner split over the decision. He had to rewrite contracts with several utilities. And he had to convince his original investors, Ben Horowitz and Mitch Kapor, that this was a better problem to solve. These key investors were in.

Donnel knew he had picked the right problem to solve a year later when the lights went out in midtown Manhattan in the summer of 2019. He recalls that night in part, because a heartbroken Jennifer Lopez had to cut short her concert at Madison Square Garden and it became headline news. At the time, then Governor Andrew Cuomo, was considering whether to approve a permit to run a natural gas pipeline to supply New York City and Long Island to mitigate power problems like this one. But despite the uproar over the blackout, Cuomo ultimately rejected the request. In the short term, it would negatively impact the water quality around the proposed pipeline; and in the long-term, investing further in fossil fuels wouldn’t help reduce emissions in the state by 85% by mid-century. Effectively, Cuomo was saying that New York had to move away from gas now and toward cleaner electric sources. BlocPower had picked the exact right problem to solve. J Lo wasn’t happy, but Donnel knew he was on to something.

Today, BlocPower is contracting directly with municipalities to conduct large scale electrification projects in neighborhoods from Oakland, California to Ithaca, New York. Solving a big problem can lead to big opportunity. BlocPower has a bright future (pun intended), because it seems to have picked the ideal problem to solve.