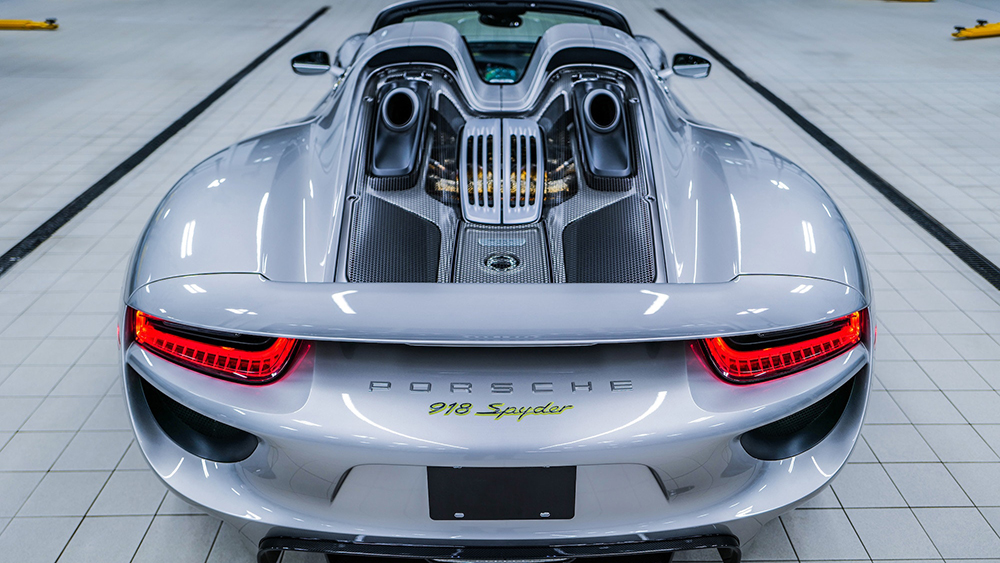 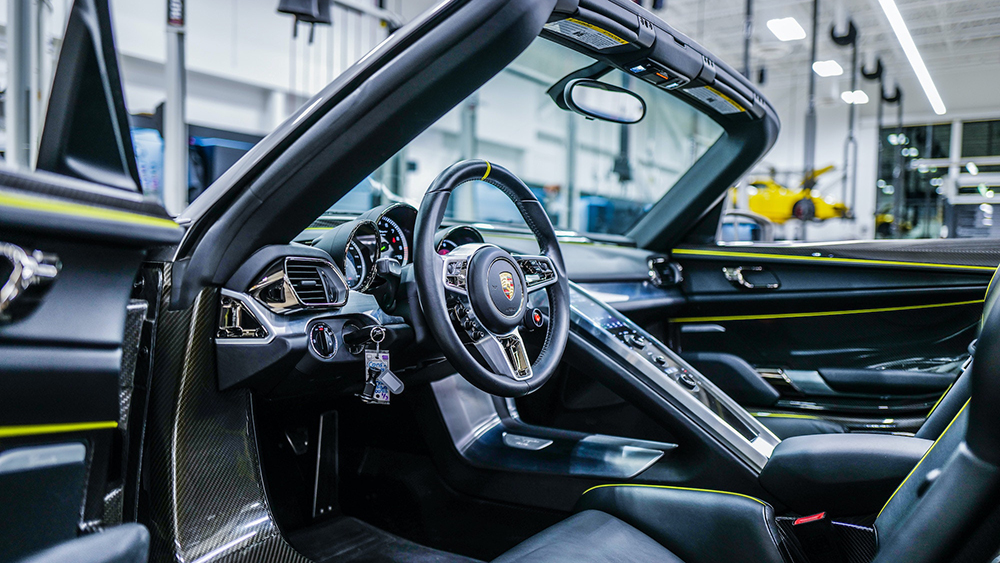 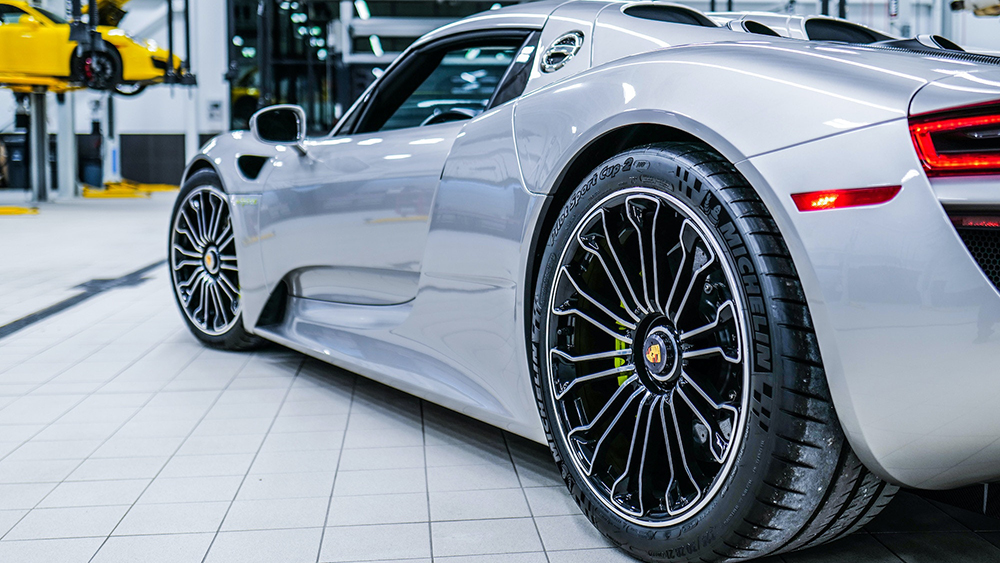 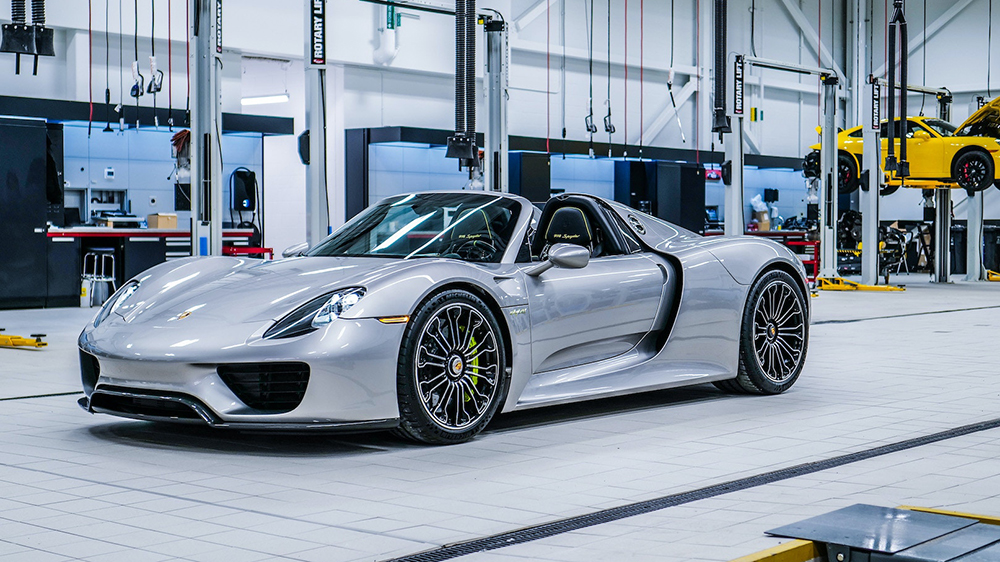 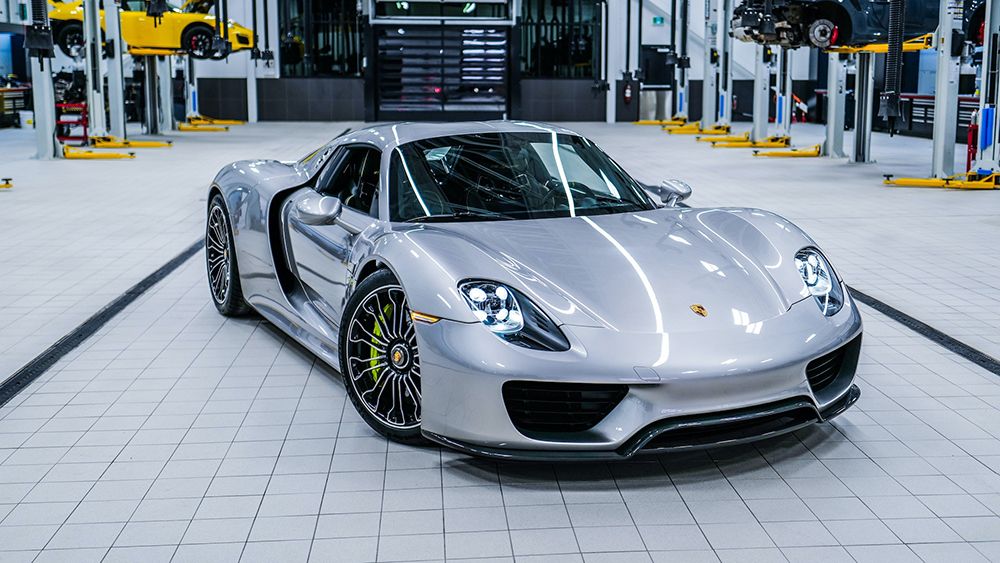 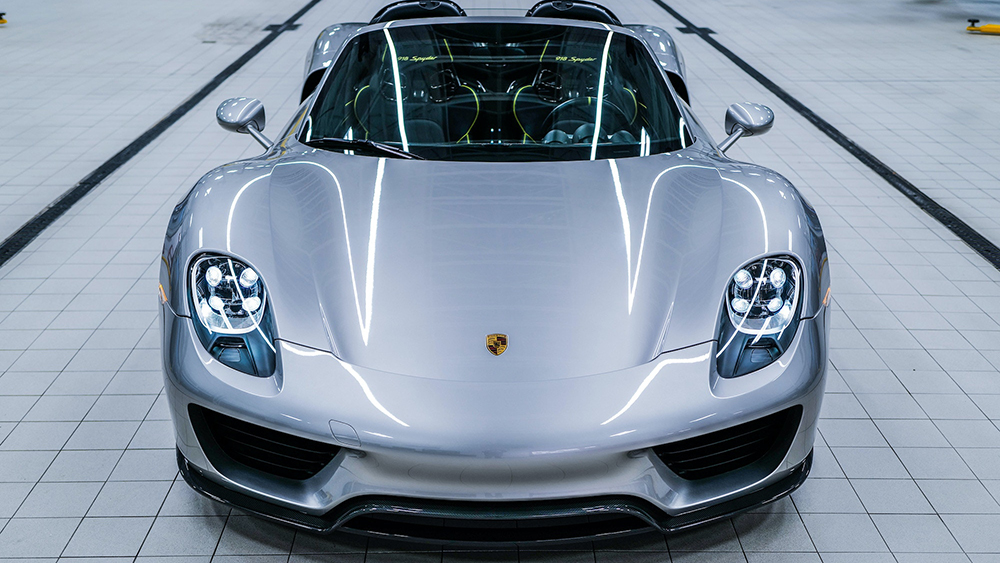 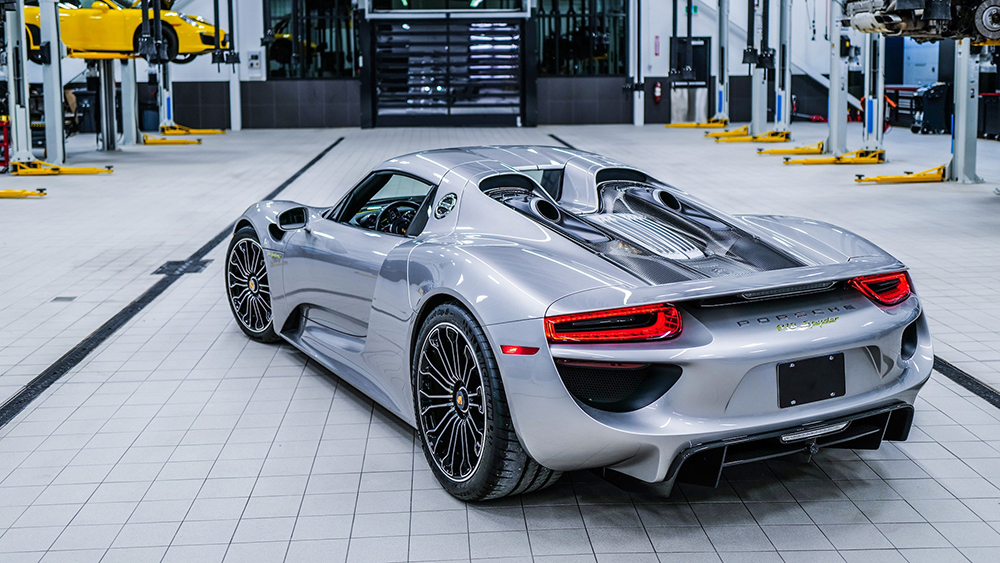 Collectors who missed out on a Porsche 918 Spyder during its brief, two-year production run now have a chance to catch the sought-after supercar on the second-hand market.

A pristine 2015 Porsche 918 Spyder with just 966 miles on the ticker is currently up for auction on CollectingCars.com until Thursday, December 23. The plug-in hybrid beast has already attracted a ton of attention, too, with bids climbing from roughly $7,700 to more than $772,000 in just four days. That’s almost in line with the model’s original base price of $845,000.

Fervor is to be expected, of course. From the get-go, the 918 Spyder has been a clear outlier. Upon its debut in 2015, the lightning-quick convertible became the marque’s highest-performing production car and its most expensive. It was also fittingly crowned Robb Report‘s Car of the Year shortly after its release in 2015.

The 918 Spyder can reach 214 mph at full tilt.  CollectingCars.com

Comprising a race-derived 4.6-liter naturally aspirated V-8 and electric motors on each axle, the powertrain can reportedly churn out 887 hp and 944 ft lbs of torque through a seven-speed PDK dual-clutch transmission. This gives the drop-top the ability to soar from zero to 62 mph in just 2.6 seconds on its way to a top speed of 214 mph, according to Porsche.

On top of that, the car has five driving modes. E-Drive, for example, exclusively employs the electric motors to give an estimated zero-emissions range of around 18 miles. On a full tank of fuel and two charged batteries, however, the hybrid can cover up to 420 miles.

See also  Car of the Week: The 2009 Spyker C8 Is a Rare, Jet-Inspired Supercar That Performs Even Better Than It Looks

Interestingly, not all Spyders on the auction platform have performed quite so well. Earlier this year, a gray 2015 example equipped with the desirable Weissach Package failed to sell. Here’s hoping history doesn’t repeat itself.