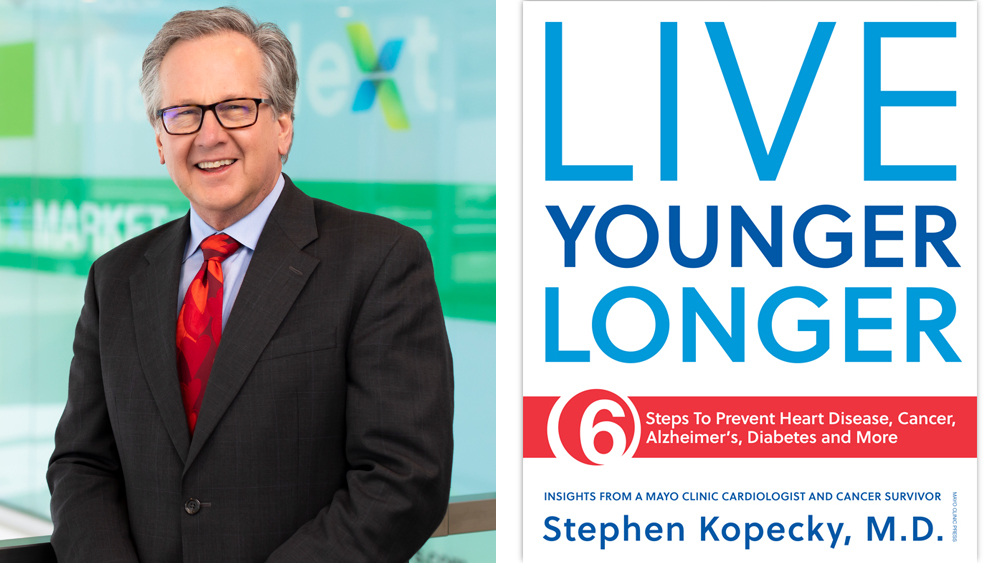 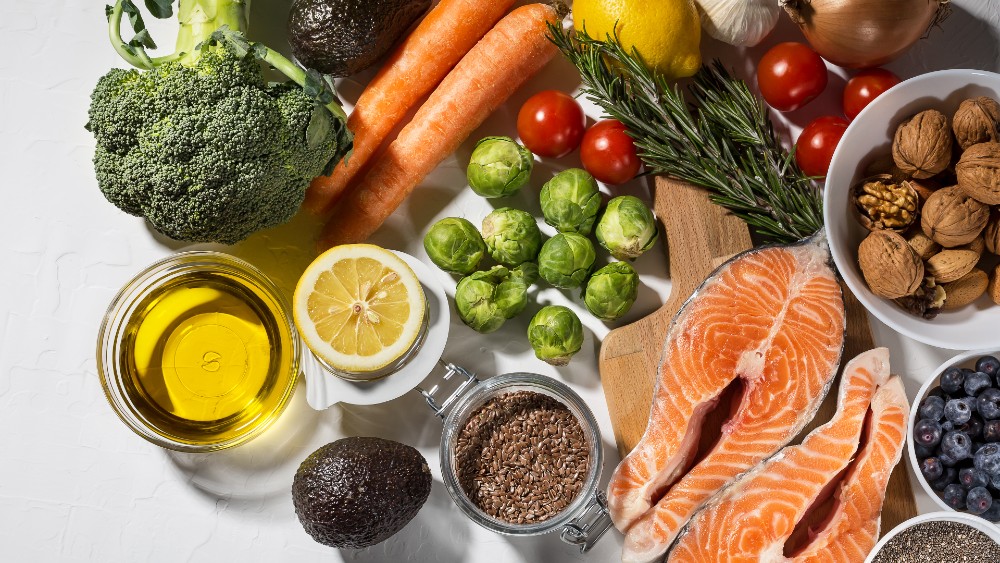 How many times have you made New Year’s resolutions and abjectly failed to keep them? You’re not alone: January 17 is the average day on which most Americans give up trying. Ever joined a gym, never to darken its door? Again, you’re in good (bad) company: Nearly two thirds of US gym memberships go completely unused. Why are we so bad at changing our behavior, when the benefits of exercise and healthy eating are so desirable?

Dr. Stephen Kopecky, a cardiologist and double-cancer survivor at the Mayo Clinic in Rochester, Minn., kept coming up against this gap between idea and execution when advising his patients on how to reduce their likelihood of heart disease (which, by the way, killed twice as many people in the US last year as Covid.)

His patients’ eyes “glaze over,” he says in an interview with Robb Report, when he tells them, every year, to adopt a healthier lifestyle. These sorts of recommendations from doctors have “become impossible clichés,” he says. So he decided to distill his advice into a easily digestible book, Live Younger Longer, which breaks down exactly what we need to do not just to live longer, but to have the best possible health for as long as possible.

Kopecky is an expert on staying alive, not just professionally but personally. The son of two doctors from San Antonio, Texas, he survived two bouts with testicular cancer, one in his 20s and one at age 39, by which time he was married with three young children, and “death was not an option.” He wanted to find out everything he could about preventing a return of the cancer that he assumed would one day kill him and in the process discovered two things that surprised him: “First, the risk factors for cancer are essentially the same as the risk factors for heart attack, stroke, Alzheimer’s disease, diabetes, high blood pressure and erectile dysfunction. Second, that I was probably not going to die of cancer but more likely of heart disease.”

How to Live Younger Longer by Dr. Stephen Kopecky (left)

These risk factors—unhealthy eating, physical inactivity, chronic stress, smoking, poor sleep and overuse of alcohol—lead to suffering and premature death, as Kopecky describes in a blizzard of grim statistics. Yet they are within our control. “About 85-90 percent of where our diseases come from is our lifestyle,” he says. “If you know what’s important to keep your body healthy, you’re really way ahead of the game. The problem, of course, is doing it.”

Most of his patients, he says, seek magic shortcuts instead. The latest is predictive genetic testing to see what our bodies are predisposed to. Kopecky says these tests are frequently misinterpreted. If someone finds out they are not particularly prone to heart disease, “they think, ‘OK, great! I can do whatever I want. I can eat what I want, I don’t have to exercise.’ And that’s an inappropriate way to use a genetic test.”

If the test does show a predisposition, “your risk may go up, say, 40 percent,” says Kopecky. “But if you’re not active, you’re not eating appropriately, you’re overweight, then your risk goes up about 400 percent. People think the gene is a fait accompli, but nothing could be further from the truth.” The developing science of epigenetics, Kopecky says, shows us that lifestyle factors activate problematic genes that would otherwise have lain dormant.

Another challenge for Americans in particular, he says, is that it is not in the interests of a profit-driven health care system to stop people getting sick. “If you want to save a life, prevent the disease, don’t [wait to] start treating the disease after it occurs,” the doctor says. “The problem with that is you don’t make as much financially. So if I have a patient and they come in and say, ‘Doctor, can you help me prevent a heart attack,’ the Mayo Clinic will be paid X dollars. But if that patient comes back tomorrow and says, ‘I’m having a heart attack,’ then we’re paid like 500 times X to treat that heart attack.”

At the Mayo Clinic, where doctors are salaried and treatment is divorced from financial incentive, the sole motivation is what is best for the patient, which Kopecky said is “really is quite rare” in US hospitals. He attributes Mayo’s integrated cooperative care system to the smoothness of his second recovery from cancer, at the hospital where he was both practitioner and patient. However, he is clear that most of us do not need world-class medical facilities to improve our health and longevity. Instead, we can make a big difference by following a few small steps. The key to success is training your brain, as we outline below.

The Data
Americans born in 2000 can expect to live to 77, up from 46 a century earlier. But after 65, most people’s health starts to decline. At this age, more than 80 percent of Americans have multiple chronic conditions (heart disease, stroke, dementia, diabetes, cancer). This is not inevitable, Dr. Kopecky says. Aging causes wear and tear but not disease, and the good news is that the same set of lifestyle changes can prevent most chronic illness.

The Science
The small, invisible, internal changes that gradually lead to disease are thought to be connected to low-grade chronic inflammation, according to Dr. Kopecky. Inflammation is part of the body’s healing process and is meant to be a temporary response to damage. But if the damage is constant (say, from stress-induced cortisol or imbalances in the gut due to diet), inflammation becomes chronic, which upsets the immune system as well as irritates and attacks the body in multiple ways. For example, inflamed arteries become narrow and prone to blockage.

According to Dr. Kopecky, eating a Mediterranean-style diet is a key way to reduce disease.

We eat 460 more calories a day than we did in 1970, and more than half of the top 10 leading causes of death in the US are related to obesity or poor diet, says Dr. Kopecky. The chief problem is ultra-processed foods, such as frozen pizza, soda and ice cream, many of which contain harmful, addictive compounds that are banned in other countries. Following a Mediterranean-style diet is the single best way to reduce disease. This means:

Exercise: Forget the Gym, Do HIIT

For the former, set reminders to move, count steps, take the stairs, watch TV on a bike or treadmill, stretch. For the latter, do 150 minutes of moderate or 75 minutes of vigorous activity each week. Or consider high-intensity interval training, which is faster: 11 minutes a day of interval activity can equal 45 minutes a day of continuous moderate activity. Dr. Kopecky runs five flights of stairs in his office a few times every day: “It fits into my daily routine very well, and my employer pays my salary while I’m doing it.” Do not join a gym: 82 percent of members go less than once a week, so in terms of cost-benefit ratio, it’s “just about the worst investment we make.”

Being tired is actually toxic. Sleep is when the body builds new cells, repairs old ones and clears out toxic waste, such as the proteins that cause Alzheimer’s disease. Lack of sleep contributes to a long list of chronic diseases and impairs the immune system. If you get a poor night’s sleep before a vaccination, the strength of your immune response can decrease by 20-25 percent. To get better sleep, create a consistent bedtime routine to set cues for your body, like sleep-training a baby:

If you still struggle:

Pumping adrenaline and cortisol in a permanent state of flight-or-flight increases your risk of dementia, heart attack, infectious disease, depression, diabetes, obesity, addictions and digestive problems. You need to actively practice relaxation to combat this and have an open mind toward techniques that may at first seem a little wacky:

Fourteen percent of American adults still smoke. Vaping, e-cigarettes and cigars are also dangerous. The list of ways smoking will kill you is very long. A mixture of nicotine replacement and counseling is the most effective way to stop.

One small alcoholic drink a day is associated with a slight reduction in heart disease, stroke and diabetes. This could be to do with its relaxing effect, but it could also be correlation: People who socialize may be healthier, and this might coincidentally involve alcohol. Heavy drinking—more than eight drinks a week for women and 15 for men—causes multiple diseases. Cut down to one drink a day for a month—if you struggle with this, you should probably seek help.

Weight: All of the Above

Two-thirds of American adults are overweight. This impacts almost all aspects of health and is linked to most diseases and premature death. Luckily, you don’t need to do anything to tackle it if you’re already following the steps above. Extra tips:

Habit Formation: The Most Important Step of All

Most of us have repeatedly tried and failed to live more healthily. “When we fail, most of us think, ‘I need more willpower,’ which is exactly wrong,” Dr. Kopecky says. Habits, which are hard to change, form when the brain creates shortcuts to save energy. The brain incentivizes us to repeat successes and deters us from revisiting any area where we have previously failed. This deterrence is subtly powerful, and the result is that we give up. The way to win is to set very manageable micro-goals so that our brain can record easy successes that will make us want to repeat the behavior (the brain rewards success with dopamine). This reward system helps us form new habits. For example: